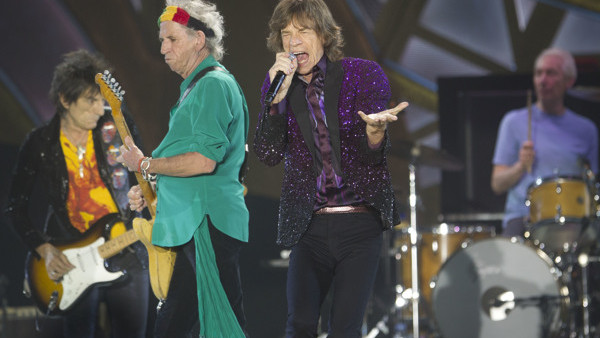 In the eyes of many, popular music has a use-by date. An artist will enter the public consciousness, fire on all cylinders for a decade (or two, if he’s lucky), then fade into thin air until his era receives a revival, after which he will play the hits in smaller and smaller venues until they had the good grace to die.

This is of course not true. Artists don’t disappear into nothingness, they continue to make their craft, often getting better at their craft year after year. It’s us, the listeners, who disappear, distracted by the next shiny new thing so that we forget about our favorites until they’re unexpectedly called back to us when our kids’ favorite artist (whom we despise , naturally) claim them as an influence and we, in the hope that it helps to forge a new connection with our uneducated and destitute offspring, seek out the farthest corners of the shed or attic in search of our outdated media and our future street credibility.

None of this is necessarily true either, but the point remains, an artist doesn’t need to be defined by the decade in which they sold the most records. Sometimes, years later, they can pull off an absolute banger.

Here are ten such examples.

AC/DC remains one of the biggest bands in the world. Not bad considering that around 1974 they decided to put some distortion on some Chuck Berry riffs and haven’t done anything much different since then. And yet they were, are, and always will be great, even if it’s not entirely clear why what they do works so well (much like Ric Flair or Bill Murray).

Granted, in 2008 no one expected them to release their best song since 1990 (Thunderstruck, in case you were wondering), but they did. And like a Stones song discussed later in the list, there’s just a swagger about this track that sets it apart, even if it’s no different from the other forty or fifty songs they’ve recorded since 1990.

It’s been said that the best songs sound like you’ve heard them before, and if you’ve heard an AC/DC song, you’ve heard them all, but when the muse says dance, the artist must obey and even a band like, with all due respect, as uninspired as AC/DC can often be, Rock ‘N’ Roll Train slaps so hard that Angus and the boys sound brand new for the first time since they are.

2022-07-06
Previous Post: Rock bands including Motley Crue and Poison perform at Busch Stadium
Next Post: Historicity of music | Never too young for classic rock: Harrisburg’s The Trade in business to perform | Music