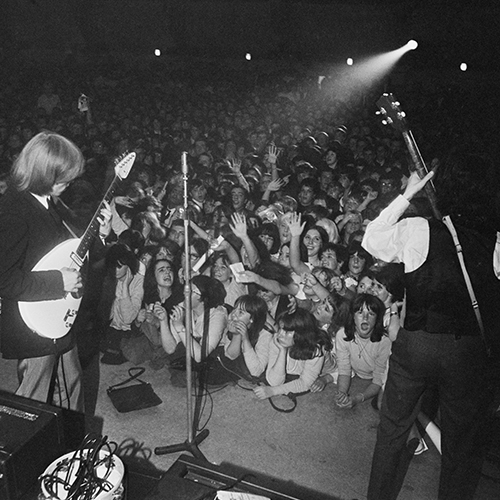 Rock and roll has been a huge cultural force since it first appeared on the music scene in the 1950s. Not only has it radically altered the evolution of popular music, but it has also influenced fashion, the human behavior and cultural norms in general.

Traditionally, rock music has been particularly popular among young adults and adolescents. Music was associated with rebellion and youth. In 2017, however, for the first time, R&B and hip-hop became the most dominant genre in the United States, according to Nielsen Music, overtaking rock. Yet while many have turned their backs on the genre and the roster contains relatively fewer recent acts compared to more established classic rock bands, rock and roll is still alive and well.

Using a number of different metrics, 24/7 Wall St. identified the 100 most popular rock bands of all time. The selection of these artists is based on metrics such as record sales, Billboard performance, Wikipedia pageviews, and popularity on the online streaming platform Spotify.

2018-04-06
Previous Post: How Imagine Dragons’ Faceless Rock Music Became the Future of the Genre
Next Post: The 10 best rock bands at Coachella