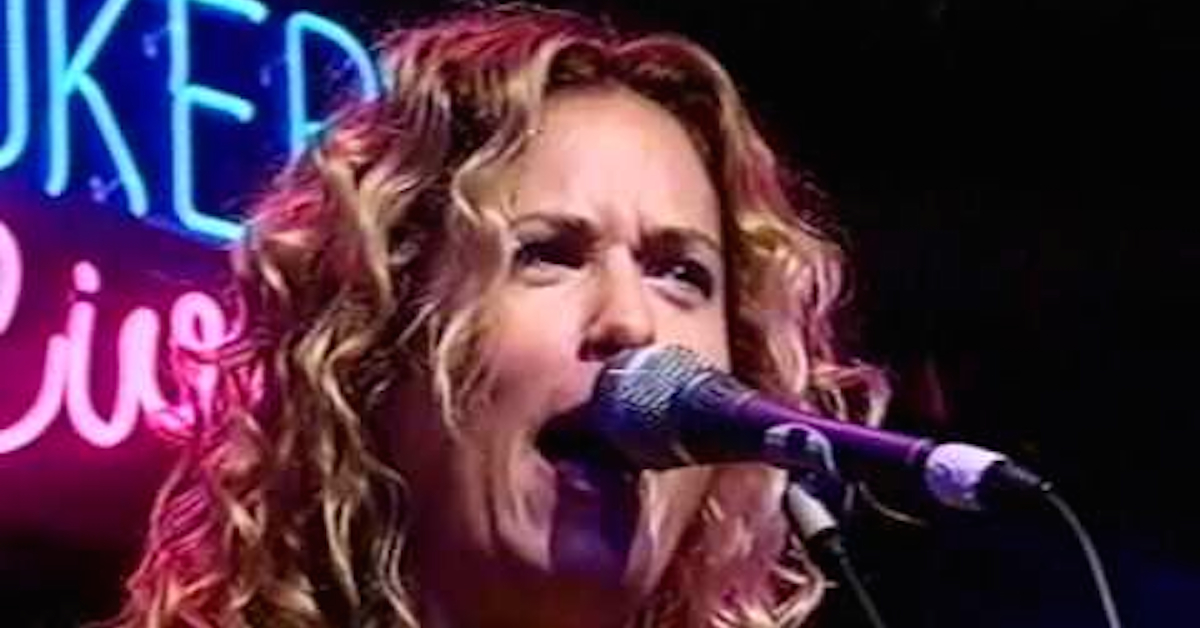 Vicki Peterson, formerly of The Bangles

There is a good argument to be made that rock ‘n’ roll was invented in New Orleans in 1947 by Roy Brown with “Good Rocking Tonight”. Then you have Fats Domino, Little Richard (his first singles were recorded in New Orleans) and everything else from Cosimo Matassa’s J&M studio. For this list, however, we define rock as anything after the Beatles.

Yet all of New Orleans’ music exists on a continuum. So ask if a particular New Orleans band is a rock band, the correct answer is usually “sometimes”. So… rock-oriented funk and jam bands don’t qualify here. And while a lot of bands rock the joint, we’ll reserve their own category for them.

Since the city’s rock bands tap into a range and depth of influences, they tend to operate outside of the mainstream, even for all their appeal. The rockers of Crescent City may not be as well known as those in other cities. But they don’t just hang out with just anyone else, they are good at delivering the goods. They are not listed in any particular order other than a vague assessment of their exposure beyond the city.

Former singer of the Dead Kennedys Biafra jelly is not from New Orleans, but many of the rest of this unique group are members of acts on this list that follows. Hearing Biafra led this team through New Orleans standards from “Mother in Law” (Ernie K-Doe) to “Land of 1,000 Dances” (first written and recorded by Chris Kenner of NO, later a hit for Wilson Pickett) and “Walk on Gilded Splinters” (Dr John), not to mention the “Bangkok” of Alex Chilton, later a Crescent City resident, is nothing short of a life changing. ” Jessie Hill’s Ooh-Poo-Pah-Doo “, recorded live at 12 Bar in New Orleans, is the most appropriate invocation for this act.

The 90s hard rock project Supagroup was the product of a pair of Tulane students from Anchorage, Alaska, Chinese-American brothers Chris Lee on vocals and rhythm guitar, and Benji Lee on lead guitar. The band’s awesome sound, best captured on their 2001 incendiary third album Rock and roll tried to ruin my life makes Supagroup a local favorite and in-demand support group for national tours. Benji has all the classic rock guitar moves from loyal influences like The Who, James Gang, and Yardbirds, while Chris was clearly a follower of Steve Marriott. “Hail Hail” connects the band to another band heavily influenced by Marriott’s Humble Pie – Kiss.

9) Lonely Lonely Knights – “So about the shape I’m in”

the Lonely knights are the group that opened the garage door in today’s New Orleans, and a date at the Saturn Bar in New Orleans’ upper Ninth Ward. Ted Matthews / DC Harbold’s basic two-guitar sound is dense cobalt. Harbold is a vicious riffer and Matthews has an artisan welder touch to the steel strings, invoking raunch and feedback and rockabilly reverb and Music Machine crunch and a lyrical layering that makes you think of Roy Buchanan and Danny Gatton. . Bassist D. Lefty Parker makes it thick and elastic like an oil slick. While Knights can make your ears bleed, Matthews delivers majestic themes like “So Over the Shape I’m In In” just as effectively.

8) Morning Federation 40 – “Gin instead of whiskey”

Before the Ninth Ward became the hub of hipsters, Morning 40 Federation it was cool to camp in Markey Park and drink Pabst Blue Ribbon. After all, the group got its name from a famous New Orleans breakfast drink. They are sloppy but rock fiercely and were disciplined enough to make the New Orleans version of Let it bleed, the big album Ticonderoga. “Gin Place of Whiskey,” as close to a statement of intent as you’re likely to hear, is the album’s opening track.

This revolutionary New Orleans garage rock band began as a band influenced by the British invasion in 1964 and became a full-fledged psychedelia in the late 1960s. Drummer Frank Bua, founding member of The Guards, has then founded Act # 1 on this list with songwriter Ed Volker, who co-wrote this track, originally titled “Funky Funky Broadway Gas Station Blues Downtown”.

One of the smartest guys to ever pick up a guitar, Dash Rip Rock founder Bill Davis was a journalist before deciding to become a full-time rocker. And he never lost his ability to tell a story or deliver a musical joke with just the right panache (and also plays with the All Stars of Biafra). Watching him play AC / DC’s “Highway to Hell” alongside the Gospel Tent was one of my most memorable experiences at Jazz Fest. A talented player, Davis has nonetheless put his strengths in the service of songs and concept, which is as much a tribute to punk / blues rock as it is a vicious satire of it. One of the few Louisiana rockers to exert an influence outside the region, he is often credited with “inventing” cowpunk. Certainly no one does it better.

5) The Subdudes – “Papa Dukie and the Mud People”

With the exception of a brief hiatus, this group has been active for three decades with their combination of roots rock, zydeco, Louisiana blues and more, and have never encountered a percussion instrument that they have never encountered. did not like. One of TP submitThe main songwriters are Tommy Malone, brother of Radiators guitarist Dave Malone. If a true national fame escaped them, they are well known in the world of the musicians, as evidenced by this live performance of their “Papa Dukie and the Mud People”, with as guest Fred Tackett of Little Feat.

Drummer Fred LeBlanc, the extrovert from the extrovert (and member of The New Orleans Raunch and Soul All-Stars), left Dash Rip Rock to form this Cowboy mouth with guitarists / songwriters Paul Sanchez and John Thomas Griffith of the punk band Red Rockers. After signing a major record label deal with MCA, LeBlanc wrote the top 50 single “Jenny Says” which hit the Modern and Mainstream Rock Tracks charts in Billboard. But the group’s theme song was Sanchez’s composition “Hurricane Party,” an account of the pre-Katrina bravado displayed by the people of New Orleans when threatened by major storms. The phrase “lying in the gutter eating buns” became a signal for Mouth fans to sprinkle the group with chocolate treats as they played.

Trained in Los Angeles, Continental drifters moved to New Orleans, where they became one of the city’s most beloved rock bands, a songwriter supergroup consisting of Susan Cowsill of The Cowsills, Vicki Peterson of The Bangles, Peter Holsapple of The dBs and Mark Walton of Dream Syndicate with local musicians Robert Mache and Russ Broussard. They combined for an unforgettable style with several lead vocalists, superb harmonies, intricate guitar patterns and a powerful rhythm section. The full effect of Peterson and Cowsill’s unforgettable harmony is in evidence here on “Na Na”.

Surprising as it may sound, New Orleans is a hotbed of metal, goth, and hard rock. And Down is a perennial local winner in the metal category. Led since its inception in 1991 by vocalist Phil Anselmo (of Pantera) and with guitarist Pepper Keenan (of Corrosion of Conformity, and also a Raunch and Soul All-Star), Down is one of the most exciting live bands of Crescent City. They started off with a rude demo that was privately distributed and were signed by an Elektra Records executive after their first local gig. “Stone the Crow”, excerpt from the debut of the group NOLA, has the rawness based on the blues of the first sound of the group.

Widely regarded as New Orleans’ most popular and successful rock band, Radiators never performed the same show twice during a race from 1978 to 2011 with the same five members throughout. Their blend of blues, R&B, traditional New Orleans piano and roots rock is a potent brew that fuels the band’s legendary marathon gigs. They’ve been the town’s go-to band for a generation. One of the few New Orleans rock groups to record for a major label, the Rads had a tour in the late 1980s at Epic which produced three albums and featured the band’s only attempts to make music videos. MTV style. Here, Rads keyboardist / vocalist Ed Volker describes the proper technique for eating crayfish in one of the tracks Epic turned into a music video, “Suck the Head.”

John Swenson has been writing on popular music since 1967. He has worked as an editor for Crawdaddy, Rolling Stone, Circus, Rock World and OffBeat magazines and has been published in virtually all classical popular music magazines and has edited the website premium. jazze.com for Knit Media. He was a syndicated music columnist for over 20 years with United Press International and Reuters. Swenson has written 14 published books, including biographies of Bill Haley, The Who, Stevie Wonder and The Eagles, and co-edited the first Rolling Stone Record Guide with Dave Marsh. He is also the publisher of the Rolling Stone Jazz and Blues Album Guide. In another role, Swenson is a veteran sports writer who covered the New York Rangers for 30 years, writing articles for media from Rolling Stone to The Associated Press. Swenson is also a veteran horse racing columnist and handicapper who has covered the New York racing scene as a columnist for The New York Post and The New Orleans Fair Grounds Come Together For The Daily Racing Form. His profile on jockey Steve Cauthen, “Rise To Stardom, Fall From Grace” in Spur magazine, was nominated for an Eclipse Award.