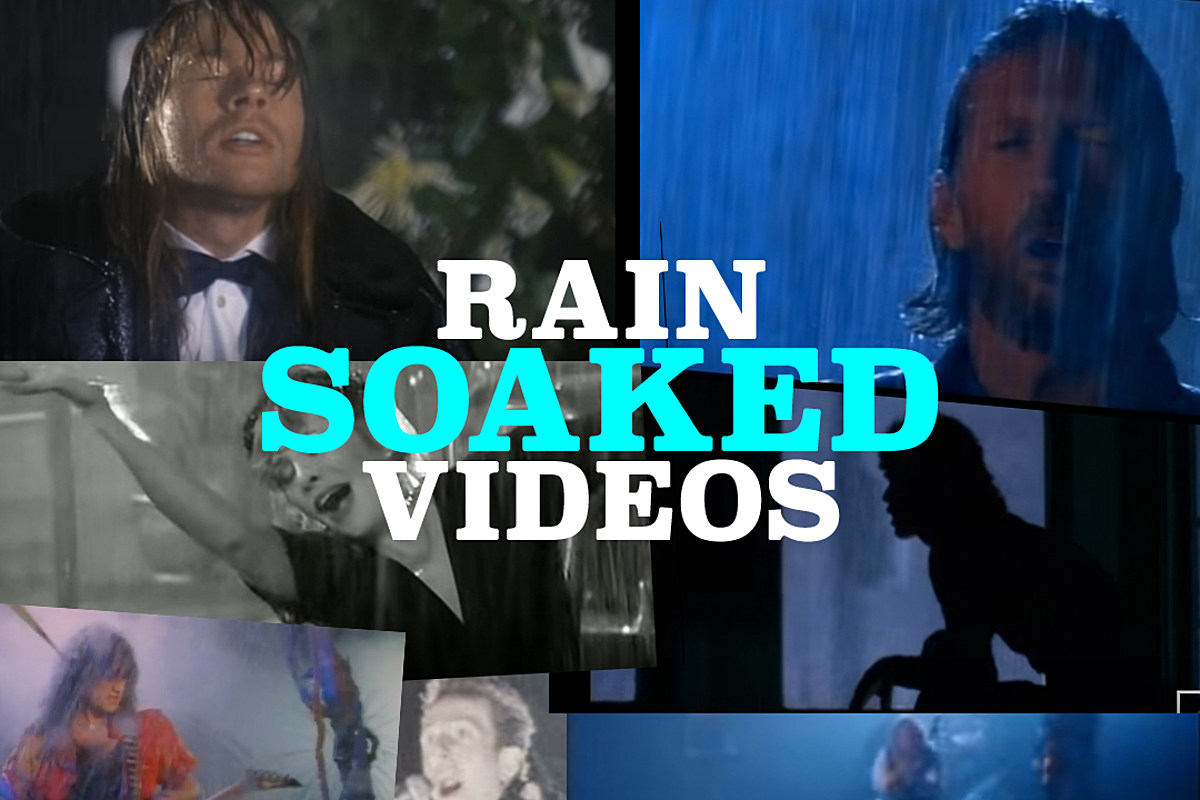 It’s kind of amazing that classic rock artists escaped the 70s, 80s and 90s without being electrocuted. After all, one of the most common tropes in music videos of the era – besides the sheer scarves, quick editing and, shall we say, separate hairstyles – was the rain. Rain buckets, in fact, as far as some clips go. Video makers often seemed thrilled to put the world’s biggest rock stars in a position where they could be completely soaked, all for the sake of art.

Of course, sometimes it made sense to have rain in a video, especially in cases where the song titles mentioned rain. (Most notably, Guns N ‘Roses and Bruce Hornsby and the Range.) Many times performers have found themselves in inclement weather conditions for no good reason other than having established good faith in a bad mood (the Rolling Stones) or created, uh, an intriguing move (Paul McCartney and the Wings). And, to be fair, we’re unable to explain why someone made the dizzying decision to put Eric Clapton and his band in the pouring rain to film the 1989 video for the song “Pretending.”

But rain can also be an unprecedented element of drama. Take U2, whose groundbreaking performance in the USA in 1983 took place at the magnificent Red Rocks Amphitheater on a cold and rainy night with such terrible weather that the concert almost did not take place. Nonetheless, the members of U2 weathered and weathered the proverbial storm, and performed a star concert that remains a fan favorite to this day.

Grab your umbrella and don some galoshes: here are the 11 best classic rain-soaked rock videos.