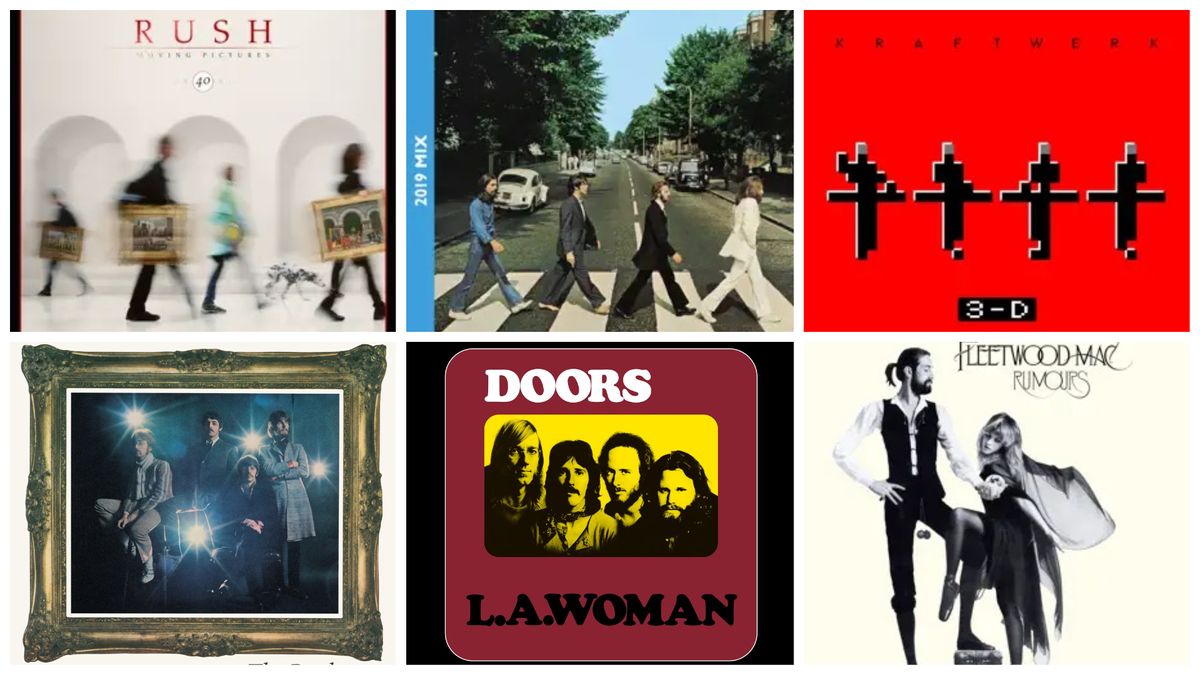 For some listeners, music mixed in Spatial Audio (aka, Dolby Atmos) is a solution in search of a problem – they are fine with the stereo music recordings that have been the norm for decades, and have no no need to hear a “spatial” version of the same tunes with instruments and vocals wrapped around their heads.

For others, the Spatial Audio tracks that can be found on Apple Music, Tidal, Amazon Music HD and other services are a refreshing new way to listen, bringing a sense of excitement by immersing you in the music so that you felt like you were inside, instead of sitting in front.

Having listened to a fair amount of music mixed in Dolby Atmos, mostly on Blu-ray disc and Apple Music, which is by far the best streaming service when it comes to curating and presenting Spatial Audio tracks for easy access, I have created many playlists of my favorites. A lot of them come from the classic rock era – not just because I’m a classic rock fan, but a good number of albums from that era have been remixed in Dolby Atmos by top producers and engineers specializing in immersive audio such as Steven Wilson and Gilles Martin.

Listening to Apple Music Spatial Audio tracks is easy and can be done with any old headphones. You’ll need an Apple Music subscription first, which is free for one month to try, then $9.99 a month after that. The next step is to configure the Dolby Atmos audio settings in the app on your iPhone, iPad or Mac computer as “always on”. (Android phones can also be used – as long as they support Dolby Atmos.)

If you have late-model AirPods and Beats with an H1 or W1 chip, Atmos will play automatically. With these headphones, you’ll also be able to experience Spatial Audio head tracking, an effect where the initial elements of a sound mix like vocals stay centered, even when you move your head.

If you’re lucky enough to have both an Apple TV 4K streamer and a Dolby Atmos speaker system, you’ll have an even more immersive experience than with headphones – although I can’t say I have much to complain about when listening to my Atmos Playlists via Apple AirPods Max. So while any headset will work with Spatial Audio, you’ll get better mileage when using the best headphones.

The Beatles’ complete Abbey Road album was remixed in Dolby Atmos for its 50th anniversary release in 2019 by Giles Martin, son of original Beatles producer George Martin. Martin’s magic touch lights up every Abbey Road track in Atmos, but to my ears Come together is the one that benefits the most from an immersive mix.

John Lennon’s voice soars from above as Ringo Starr’s cymbals and hi-hat drums surround you, making you feel like you’re inside his set. And when the guitar comes in during the chorus, it has a mesmerizing presence that wraps everything up. Come together would sound great played on an old AM radio in a basement and listened to from upstairs. Heard on good headphones in Atmos, it’s a pure delight.

Fleetwood Mac: go your own way

Rumors is the album where things got a little crazy personally for Fleetwood Mac, but they still managed to channel that craziness to make what has become one of the most beloved and admired albums of the era. classic rock.

go your own way storms out the door to Atmos. Chiming guitars resonate from either side of your head and drums create a powerful base. Lindsey Buckingham’s vocals remain firmly centered in the mix, and when Stevie Nicks and Christine McVie join in the chorus, the blended trio of vocals soars high and wide. And that guitar solo: it seems to emanate from everywhere, and it’s glorious.

The Gates: Riders of the Storm

The Atmos version of Riders on the Storm on Apple Music begins in the studio with group banter – and it looks like you’re standing right next to them in 1971.

A storm comes and swirls. Then there’s a warm wash of bass and drums and the keyboard hugs your head like a soft pillow. You are totally immersed. At one point, Jim Morrison can very briefly be heard clapping and meowing – yes, he’s the Lizard King, riding through the gentle musical storm to make his presence known.

Those lucky enough to see Rush perform live not just during their Moving Pictures peak, but at any show, will appreciate this dynamic Atmos mix of limelightone of the best tracks from the Moving Pictures album, which was performed by the album’s original engineer, Richard Chycki.

There’s a strong sense of being in the same space as the musicians here, with the guitar and bass kissing your ears as Neil Peart’s fierce drumming is delivered with full-throttle energy. When we finally get to the track’s famous guitar solo, it deflects and takes flight, making the most of the free-form Atmos sound space.

Alright, so this one is a bit of an outlier in my list. Kraftwerk is more of an electronic act, and this cut is actually from 3:D Der Katalog (Live), a 2017 recording. But the original album the two tracks appeared on, Computer World, came out in 1981 — the end of the classic rock era, with which Kraftwerk tends to group itself despite being its own timeless entity.

The fully synthetic nature of electronic music makes it perfect for the surround sound remixing playground, and Number / Computerworld is one of the best examples of Atmos music I know. The mix pushes things to the limit, with sampled vocals springing from all directions, synths floating in space and a massive electronic beat sealing it all together. A seamless transition between the two tracks leaves you gasping for the drop, and when it hits, it’s like a fast sound slide in a 3:D computer world.

The mellotron, reverse tape loops, and orchestral accompaniment create a dense sonic environment here, but Lennon’s clear vocals and Ringo’s precise, deliberate drumming keep things strong and provide some direction. Even as the song reaches its psychedelic peak, the sense of layering is clear, and while you’ve certainly been on a journey, you feel grounded in a reality outside the gates of Strawberry Field.