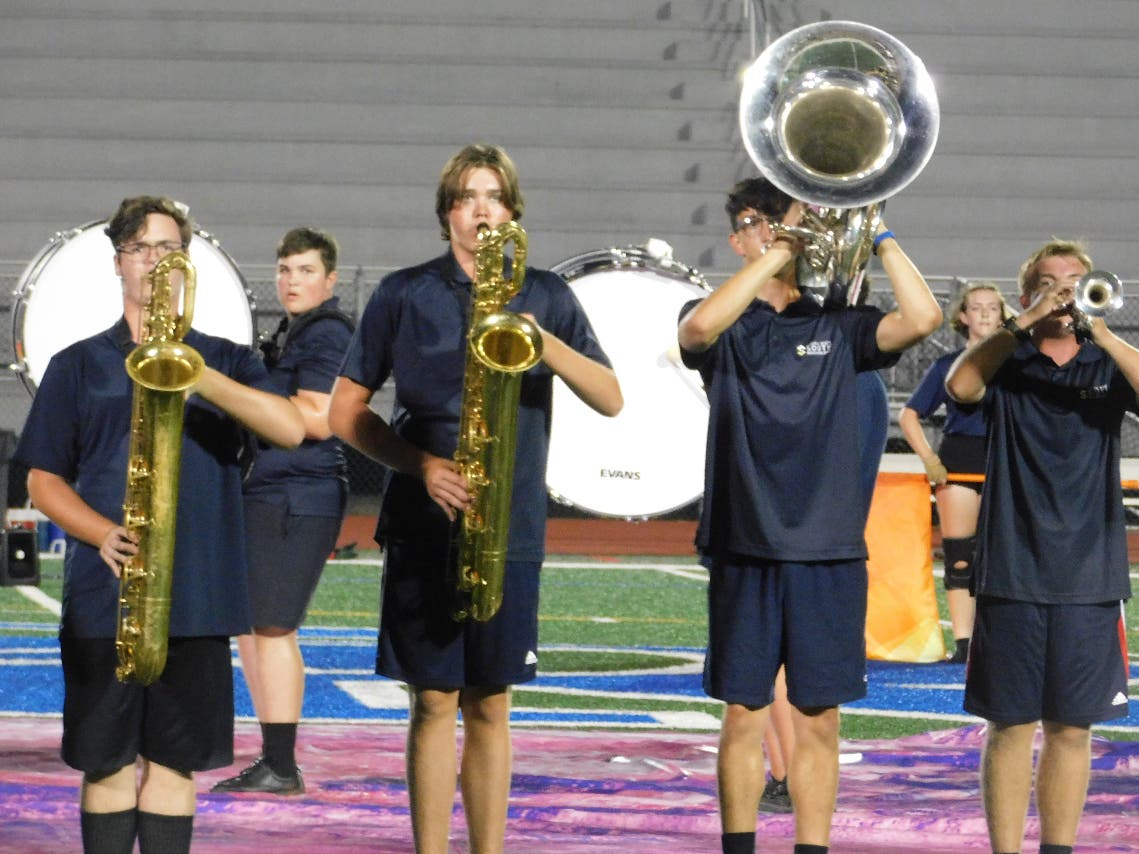 NEWTOWN TOWNSHIP, Pa. — The sights and sounds of a new school year rippled through Walt Snyder Stadium on Wednesday night as the award-winning Council Rock North and Council Rock South marching bands took to the field.

Preview Night has become a tradition at Council Rock which takes place at the end of group camp and just days before the start of the new school year.

Both bands are gearing up for October – the month of the competition – where the musicians will compete against the best bands in the region.

On Wednesday evening, the musicians gave their parents, friends and classmates a taste of this year’s field shows, which promise to be exciting.

“We have the privilege of doing this every year, showcasing the fruits of our labor over the past two weeks,” South group manager John Burns told the audience. “Both bands worked hard to memorize their on-court shows. And it’s quite an undertaking because the musicians and performers learn the skills of how we walk, how we hold the flags while memorizing them in the context of our show.

“For us, it’s 98 different formations. And it’s not just 98 formations, it’s how they move through space and time as we play and make music,” he said.

On Wednesday night, South performed the first two movements of his field show, “A World of Our Own.”

The show features world-themed music, including “What a Wonderful World”, “Mad World”, “Everybody Wants To Rules the World”, “The End of the World As We Know It”, and “New World Symphony “.

Like South, the North Band used their music camp to focus on fundamentals, both marching and playing, band manager Wayne Bishop said.

For Preview Night, the North Band performed the first movement of their field show, “Unbridled,” a celebration of equestrian culture and the free spirit of horses using familiar themes from William Tell and the Light Calvary Overtures.

“The combination of power and grace of this majestic creature will be on display in this impactful show that takes us back to our own childhood when we dreamed of having our own pony,” Bishop said.

Eventually, the field show will feature eight sections of split fencing to signify a stable and the color guard will be dressed to look and act like horses.

“They’ll start the show off as free horses wandering and majestic and all like that,” Bishop said. “And then, during the first movement, they will be herded into a paddock and become domesticated horses.”

As the show continues, one of the horses feels a bit of freedom and “we come to
see the beauty and joy of the horse. And then in the last move they all burst and it’s free for all. It’s really awesome,” Bishop said.

Watch social media and school district websites this fall for when the groups will be competing. Their shows should be exciting to watch.