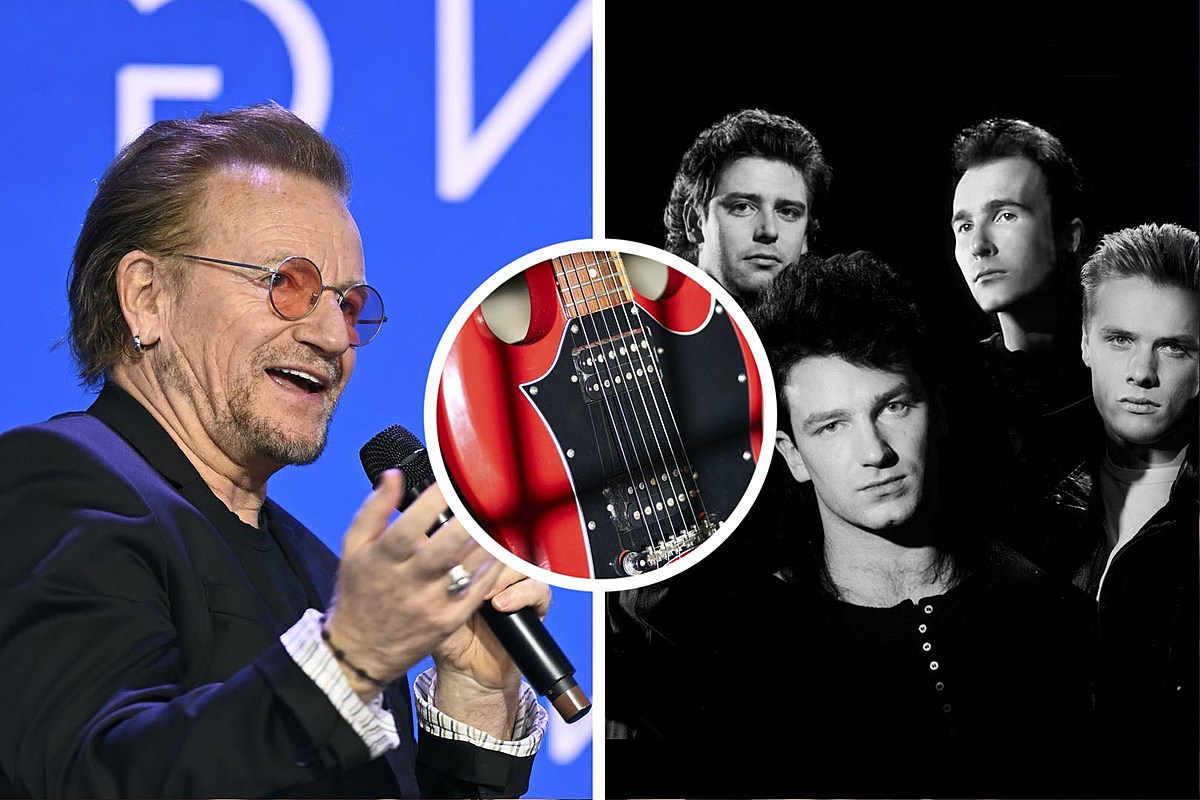 Bono wants U2 to make a “loud, uncompromising and unreasonable guitar album” after what he sees as the commercial failure of the Irish rock band’s last two albums.

And he turns to a great classic rock band for inspiration.

That’s what the 62-year-old singer-songwriter explained in a new interview this week. While championing the songwriting of U2’s latest studio duo effort, Experience songs (2017) and songs of innocence (2014), the musician admitted, “I’ve wished to connect with the pop charts for the last two albums and I failed.”

Clearly, the founding singer of U2 has been feeling a little contrite lately. In a separate interview last week, he apologized for the 2014 Apple marketing stunt that saw songs of innocence imposed free on all customers of the iTunes Store, whether they like it or not.

Now Bono is apparently looking to right the ship. He explained that songs of ascension, the band’s previously recorded follow-up album, is shelved for now. (It’s been promised for several years.) Instead, Bono wants U2 to do something a lot more rock.

On top of that, he noted that it should probably sound like AC/DC – especially the warm production from the Australian act’s most prominent producer, Mutt Lange. (Lange produced AC/DC Highway to Hell, Back in black and For those about to rock.)

“We all make mistakes,” Bono told The New York Times Magazine on Monday (October 24). “The progressive rock virus got in, and we needed a vaccine. The discipline of our songwriting, which made U2 – leading melody, clear thoughts – was gone. With the band, I was like, that’s not what we do, and we can only do this experimental stuff if we have the songwriting chops. So we went to songwriting school, and we’re from back and we’re good!”

He continued, “During those two albums, songs of innocence and Live, our songwriting came back. Now we have to put the firepower of rock ‘n’ roll back. I don’t know who’s gonna do our fucking rock ‘n’ roll album. You almost want an AC/DC; you want Mutt Lange. The approach. Discipline. The discipline of songwriting. That’s what we want.”

Perhaps such a change could shake things up for U2. After all, the singer who’s fronted the band since 1976 understands he’s not exactly on the cutting edge of new music at this point.

“I know now that with youth culture, I’m sort of tolerated hanging out in the back of the birthday party, but the magic show is here for the kids,” Bono reflected.

He argued, however, that “Experience songs is a great songwriting even if you don’t like the sound. Or ‘Every Breaking Wave’ or ‘The Troubles’ on songs of innocence. I wish I had a pop song on the radio. We’ve probably come a long way on this. So right now, I want to write the most ruthless, hateful, provocative, craziest pop chart rock ‘n’ roll song we’ve ever done.”

U2, “Every Breaking Wave” (music video)

And then there was one – the remaining original member who is the lead vocalist, that is. The following groups no longer have any original members except for the vocalist. What group would you add?