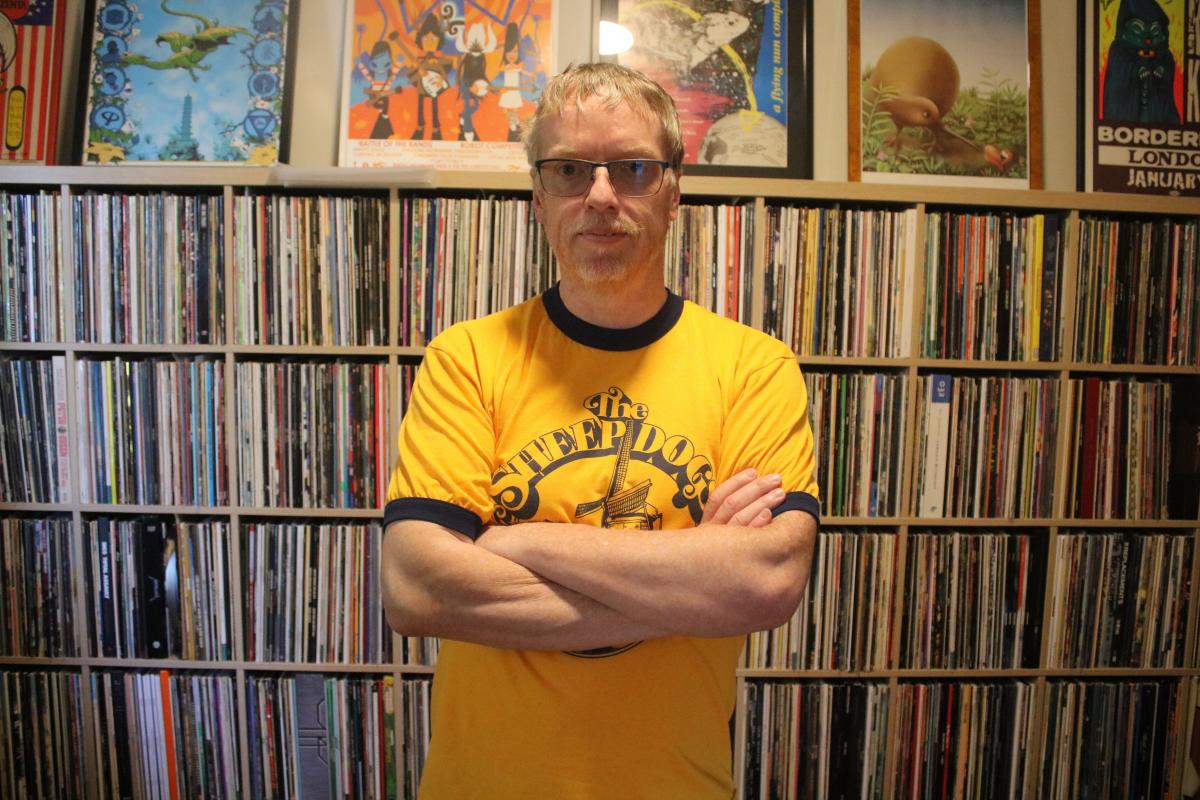 Bringing Classic Rock to the World from Oamaru

By: Ryan M. Proulx
In: Classic rock
FacebookTwitterLinkedinMix
He was in the room when a young Noel Gallagher played an acoustic wall of wonders publicly for the first time, and shared an office with Ricky Gervais.

Classic Rock online editor Fraser Lewry talks to North Otago journalist Ashley Smyth about what brought him there and how he came to live in Oamaru.

Fraser Lewry is perhaps the most interesting person you didn’t know living in Oamaru.

The New Zealand-born ex-Londonian has a long list of accomplishments on his CV, not all of which feature in the documentary Get out of traffic jams: the XFM storyabout the beginnings of a groundbreaking British radio station, which aired in the UK last week.

He is an online editor for classic rock magazine – which, at last check, had more than 1.7 million social media followers.

Mr Lewry was born in Wellington to ‘£10 Pom’ parents who moved to New Zealand in the 1950s, met, married, had two children and brought the family back to London in 1979, when he was 12 years old.

He always wanted to work in the music industry and even based his college choice on being “where the music was”.

“I applied to five different schools in London…I wanted to be somewhere where I could go out every night and watch bands play, so I got into college, then left after a year, to go working at a record store, because that seemed like a more sensible career move.”

From there, Mr Lewry landed a job as a roadie with a band, which had some success – playing Glastonbury and Reading music festivals and getting TV and radio airtime.

“For a while they had a sound man, who started a radio station – it was a station based in the offices of The Cure band, and so for a while he employed me as a sort of lackey of the station, for lack of a better word.”

That station was XFM, and it started out with two-week test shows, twice a year between 1992 and 1996, before being granted a broadcast license.

“During these trials, I was literally living at the station. I slept all night on the couch, got up at 6 a.m. to greet the first DJ and worked until 2 a.m. the next morning, slept four hours on the couch, and get up and start all over again, without taking a shower, seven days a week.

“I would go home once a week for a break and then come back to the station.”

“When Noel Gallagher played acoustic guitar wall of wonders for the first time publicly, I was seated in the same room. Lots of stuff like that.”

Mr Lewry said XFM had been in the right place at the right time in its early days, but the time it was able to broadcast permanently was in 1997.

“We kind of missed the boat, in the sense that the whole exciting part of Britpop had kind of been and gone by then.”

A year later, the owners decided to sell it to a much larger radio group, and it left in disgust.

During that year, however, Mr. Lewry was in charge of music and shared an office with the head of words, a pre-Office Ricky Gervais, who then hired his assistant, Stephen Merchant.

“I loved working with Ricky. What you see on TV is exactly what he is in real life. That laugh is a permanent feature.

“I think a lot of folks at XFM may have informed characters in Office. So, for example, one of the radio station assistants was David Keenan, and there was Gareth Keenan in Office.

By the time he left XFM it was 1999 and Mr. Lewry decided the internet was the next exciting place.

He ended up creating a website and writing for a music magazine called Wordwhich in turn led him to classic rock.

“I’m the online editor, which basically means I’m responsible for making sure that a lot of content is published every day. So it’s either getting people to write things or writing things myself. Or taking things straight from the magazine and putting them online.

“I start every day and have no idea what I’m going to write or do. Yesterday I wrote a story about how Ozzy Osbourne quit taking LSD after spending an hour chatting with horse.”

A return to New Zealand for the 2011 Rugby World Cup was ‘absolute ball rolling’, then in 2013 and again in 2017 he explored a bit further, possibly with a view to a long-term return term.

Oamaru ticked a lot of boxes.

Nor was the city the “cultural dead spot” he thought it might be.

He enjoyed the rhythms of small town life, which you wouldn’t notice in a big city.

“I love that the paper comes in, and I flip through it and it has people I know in it, and I love that in such a small town, someone can actually move here and make a difference.

“Like, I think, for example, with the Business Hive, it’s there, and it’s made the city better, and it’s not something you can do in London unless you’re the mayor, you know.

“I love the fact that I can look up at night and see the stars.

“So although I miss concerts all the time, I traded it in for other things that I enjoy.”

Being in Oamaru had its drawbacks, but jet lag was not one of them.

“When Taylor Hawkins dies in the middle of the night, I’m able to write a story and get something out in 20 minutes, while the UK is still sleeping.”

He could also delete his emails every morning and not be disturbed for the rest of the day.

He had a “very, very broad taste” in music, and most parties would sit down with a glass of wine and listen to an album.

“Or I watch music documentaries on TV. It doesn’t sound like an obsession, but it probably is.”