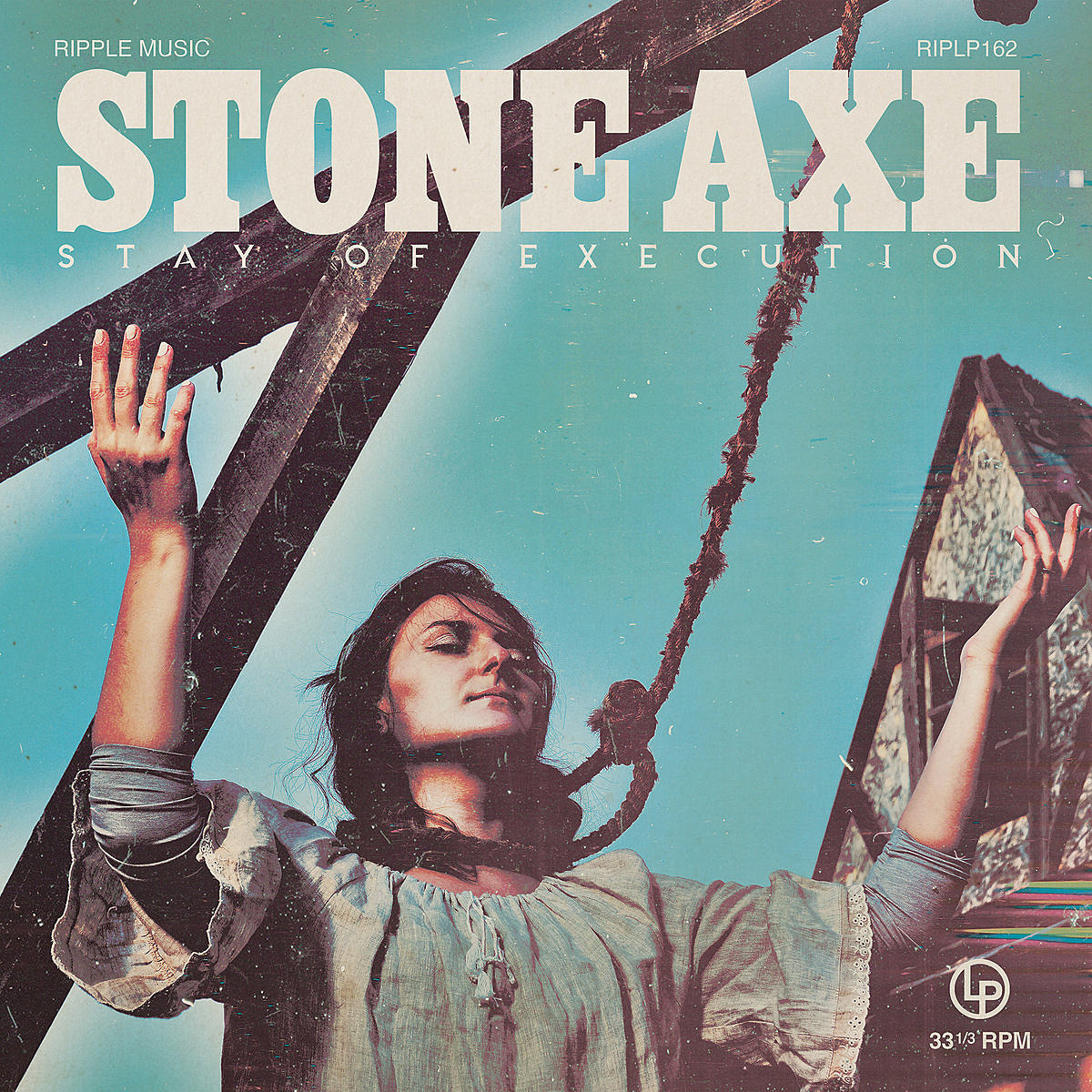 Discover the first stone ax the album at the end of 2009 was a revelation; decades of individual and collective worship of classic rock had finally reached their logical conclusion. A band that could only exist in 1971 had crossed the Rubicon and entered the 21st century, bell-bottom and legged, emerging from a time machine fashioned from ’59 Les Paul and the Mystery Machine by Paul Kossoff. Not only did Stone Ax stand on the shoulders of giants, but they swam through blood currents to a vibrant heart beating to the rhythm of the cowbell of “Mississippi Queen.”

In their all-too-brief existence, the band—songwriter/multi-instrumentalist Tony Reed and vocalist Dru Brinkerhoff, occasionally joined by session and live musicians—found a significant following and released two full-length albums. , loaded wall-to-wall with name-riffing odes to AC/DC from Bon Scott, Thin Lizzy, Free, Mountain and all the other dusty records in your cool uncle’s vinyl collection. Now, more than a decade after Stone Ax seemed to fade away, Stay of execution serves as a final statement on what Reed wanted to convey with his side project, but calling it that feels like a disservice to a project that captured the essence of a time and place better than most mainline gigs. musicians.

While the back half of Stay of execution contains previously released material (though hard to find), the first four tracks see the light of day for the first time. Unsurprisingly, they run the gamut of hard rock/proto-metal influences from Nazareth and Seventies Judas Priest to Lynyrd Skynyrd and Blind Faith. Have you ever “heard it all”? Sure, but that misses the point. Stone Ax does not exist to innovate, but to celebrate. And when it’s good, brother, it’s good. Listen to an exclusive full premiere of Stay of execution and read an interview with Tony Reed below.

Stone Ax has been more or less inactive for the past decade, so I’ll first dismiss the obvious question: why release this album now?

It was a contractual obligation that I had with Ripple Music. When Ripple let Mos Generator out of our contract to sign with Listenable Records, we did so with the understanding that Stone Ax would deliver another album. It wasn’t a harsh deal because we’re all good friends, but recently I felt like it was the right time to release these songs so I don’t have to think about them anymore.

I noticed that the B-side are deep cuts from some previous splits and singles, but the first four tracks are totally “new” to the public. How did you decide which of the previously released songs would be on Stay of executionand are there any other Stone Ax originals still locked in the vaults?

I chose these songs because I wanted them to be revisited (or listened to). These are some of my favorite songs we’ve ever done. I particularly like “For All Who Fly”.

Stone Ax appeared at another turning point in the “rediscovery” cycle, when it seemed like a lot of people had once again realized that there were a ton of great bands at the time that never got their due. What musicians or bands from this classical era mean a lot to you, who you think are still underappreciated or overlooked?

A full discussion of 70s music would take many hours :), but I’ll tell you the direct influence on Stone Axe, and that was Free. In 2007 I was in a record store and the salesman was playing the self-titled Free from 1969 and I was very inspired. I knew the group well but not so much this album. I quit the record store and started writing songs in a more classic rock style. They were originally intended for Mos Generator, and some of those ideas ended up on The Vault Sessions (aka The Lantern), but once my writing in that style caught on, I wanted to keep the songs for another project. While developing this project I was listening to a lot of Free, Cream, Faces, early Thin Lizzy, Mountain and tons of other blues based rock from the late sixties and early seventies. . I was also a huge fan of the underground progressive blues and downer rock bands of the 70s. Artists like Bloodrock, Captain Beyond, Leaf Hound, Pentagram, Iron Claw and the one and only… Necromandus, are just a few -one of the many bands that inspired the Stone Ax formula.

When I heard Stone Ax’s first record in 2009, I immediately played it for my dad. He was shocked that it was a new release; he thought I had unearthed some obscure vinyl from the early 70s in his record collection. Your main gig in Mos Generator obviously owes a lot to the classics, but Stone Ax is a direct line to that first post-Woodstock wave. Do you have a different approach to songwriting when it comes to Stone Ax and, as the only other constant member of the band, how involved was (vocalist) Dru Brinkerhoff?

In Stone Axe, musically, I didn’t have to respond to other musicians. I wrote and performed all the music on the studio recordings (with a few exceptions) which gave me a different kind of freedom that I didn’t have in Mos Generator or other bands I’ve been in. was. As for the process, I was writing, arranging and recording complete songs and then giving them to Dru to write vocal melodies and lyrics. Sometimes I might have given it a direction like “sing like Paul Rogers” or something, but for the most part Dru came up with all the melodies and lyrics and usually wrote a track in two or three takes. We didn’t have a studio band so there was no rehearsal of the songs before they were recorded. Dru and I have worked very well together.

There have been certain songs over the years that have incredibly specific vibes; Thin Lizzy’s complete worship of “Those Were The Golden Years” and “Riders Of The Night” being the best song Free ever wrote comes to mind. I hear similar things about Stay of execution, like the spirit of Tom Petty on “Lady Switchblade” and Black Sabbath IV-isms of “Deep Blue.” Were these conscious decisions? Have you ever sat down and thought, “I’m going to write a Leaf Hound song today”?

We called ourselves “Seventies Rock Preservationists” and practically challenged our listeners to tell us where everything we wrote came from. I would definitely sit down and consciously write a song in a certain style. If I vibed on a song and thought “fuck, I’d love to write something with that feel”, then I would. A few songs in the catalog really stand out as using this concept.

The title of the album, Stay of execution– it could mean different things in this context. Could this imply there will be more life for the band in the future?

This means that the unreleased songs have stuck around for quite a long time. They had their Stay of execution and now need to see the executioner. FYI… there will be no more activity from Stone Ax regarding shows or new songs. While it’s cool that these songs are finally coming out, the band and the concept ran their course over a decade ago.