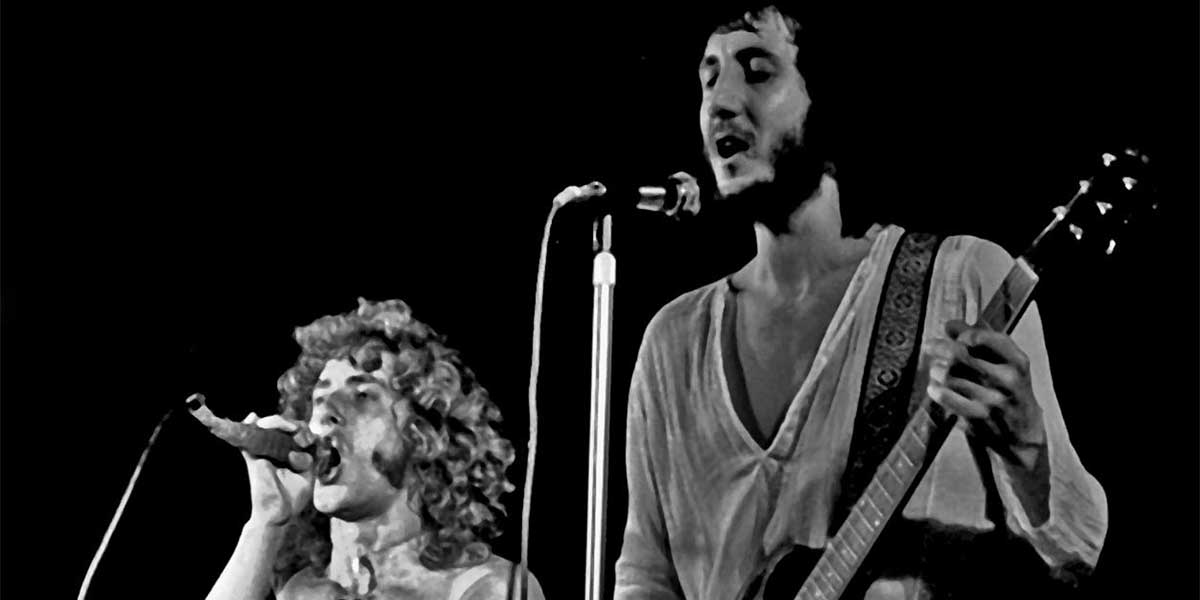 Around a thousand years ago, the elite class in Ireland began to take surnames which began with O’ – O’Sullivan, O’Brien, O’Connor – with the O’ translating to ‘little- son of”.

Before we get into the complexities of “Baba O’Riley”, one of The Who’s – and indeed all of rock music‘s – most enduring songs, it’s worth explaining the first of those complexities: the title. It doesn’t appear anywhere in the lyrics of the song, so what is it?

For starters, in parts of South Asia Baba is a term of respect, loosely translated as dad. Specifically, songwriter/guitarist Who Pete Townshend is a student of Meher Baba, an Indian spiritual teacher who died in 1969. A compatriot and contemporary of Paramahansa Yogananda and Mahatma Gandhi, Meher Baba’s name means “compassionate father.” Meher Baba is known for many things, including an approach to life that has become a common slogan: “Don’t worry, be happy,” which Bobby McFerrin made a Grammy winner in 1988.

So now we know where Baba in the title of the song comes. What is the O’Riley part?

It’s about a pioneering minimalist composer from California named Terry Riley, whose avant-garde music from the late ’60s captivated Townshend. Riley’s undeniable impact on Townshend plays out in the first 41 seconds of “Baba O’Riley”, before the piano joins in.

Add it all up, and with “Baba O’Riley” as part of his unrealized multimedia vision called House of Life, Townshend had the idea of ​​capturing the spirit, the essence of Meher Baba as data in a computer and listening to it as insistent, minimalist music in the style of Riley. Riley’s Baba, if you will, or “Baba O’Riley.”

There’s no denying the legend that is “Baba O’Riley” half a century after its release: it remains on Classic Rock radio playlists; Time the magazine included it in its “All-Time 100 Songs” list; rolling stone placed him in the top 160 all-time; and the Rock and Roll Hall of Fame calls “Baba O’Riley” one of the 500 songs that shaped rock and roll. And this despite the fact that so many people think it’s called “Teenage Wasteland”. (If you’re counting the dots with us back home, “Teenage Wasteland” was originally a working title for “Baba O’Riley,” but that title ended up being used for a related but different song; that’s another one of complexities of “Baba O’Riley.”)

“The teenage wasteland,” Townshend recalled, came from the impact of seeing the sheer volume of fan-created rubbish while filming The Who’s Isle of Wight festival in 1969 and “the desolation Absolute Teenagers” at Woodstock, where The Who played at 5 a.m. Sunday morning. “The dichotomy was that it became a celebration,” Townshend said. “’Desolation of teenagers! Yes. We are all lost!’ People were already running towards the culture and its promise of salvation. But not everyone survived. »

12 Most Influential Live Classic Rock Albums Of All Time

“Baba O’Riley” is one of eight tracks from the 1971 juggernaut Who’s next which had been planned for Townshend House of Lifea future sci-fi rock opera following their tommy phenomenon. It was on the tommy tour where Townshend started imagining House of Life. “I’ve seen moments in The Who concerts,” he said, “where the vibes became so pure that I thought the whole world was going to stop, everything became so unified.”

House of Life would have focused, Townshend recalled, on “self-sufficient abandoned family group farming in a remote part of Scotland”. Farmer Ray and his wife Sally pack their bags and head to London after hearing of a ‘subversive concert which promises to shake up and reawaken apathetic and fearful British society’.

Ray reportedly sang “Baba O’Riley” at the start of House of Life as he gathered Sally and her family to embark on their 450-mile exodus through, as Townshend put it, “the scarred desert of central England”. In this futuristic tale, pollution had become so deadly that people had to wear life suits, which could simulate any experience so vividly that no one needed to get out.

Eventually Townshend had to give up House of Life; his frustration at not being able to properly communicate the complex ideas in his head eventually led him to a nervous breakdown. House of Life songs were eventually split between various The Who albums and singles, on Townshend solo albums and on Lifehouse Chronicleswho in 2000 selected six music discs related to the project.

For “Baba O’Riley”, Townshend was trying to replicate “the electronic music of the future” so he locked himself in his home studio to learn how to make his Lowrey TBO-1 organ sound like a synthesizer. The result was the swirling, repetitive base of the song. The band cut the over nine-minute demo down to the tense five-minute version that opens Who’s next, Daltrey’s explosive vocals bringing Farmer Ray’s narration to life and Keith Moon’s frenetic drum attacks adding to the propulsive tension of “Baba O’Riley”. The violin scramble that occupies the last minute of the song was played by Dave Arbus, who lucked out in the first gig when his band was recording in the same studio as The Who.

“Baba O’Riley” was released as a single in several European countries in October 1971, when Townshend, Daltrey, Moon and bassist John Entwistle were all in their mid-twenties. There would be no single in the band’s British homeland or in the United States; in these two countries, it was only available on Who’s next.

Between his five decades of popularity on rock radio and his hallowed spot on The Who gig lists, “Baba O’Riley” has been adored by countless Who fans around the world. Including, apparently, the songwriter and guitarist. “I just hope that on my deathbed,” he once said rolling stone, “I don’t mind asking someone, ‘Can you pass me my guitar? And will you be performing the backing tape to ‘Baba O’Riley’? I just wanna do it one more time.