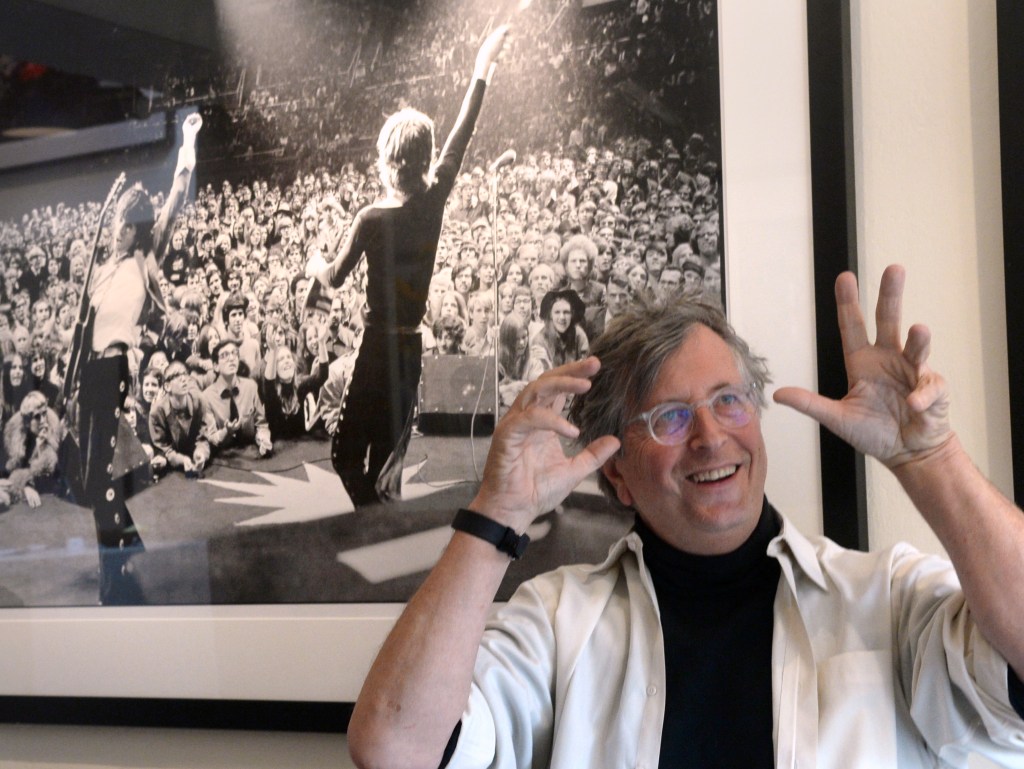 Saratoga’s Montalvo Arts Center is hosting the only photographer to have photographed album covers for The Beatles, The Rolling Stones and The Who for a night of multimedia storytelling on March 19.

Photographer and writer Ethan Russell will perform “The Best Seat in the House” at the Carriage House Theater at 7:30 p.m.

The show features more than 400 photos taken by Russell in the 1960s and 1970s, but Russel said he goes beyond photography to give audiences insight into rock ‘n’ roll and the history of the time.

Russel is among those who saw the Rolling Stones at Altamont and watched the Beatles’ final live performance at Candlestick Park in San Francisco.

He is a Grammy-nominated photographer and filmmaker who has photographed album covers for The Beatles’ “Let it Be” and “Hey Jude,” as well as The Rolling Stones’ “Through the Past Darkly.” Russell is also featured in Peter Jackson’s Beatles documentary “Get Back” on Apple TV.

“For me, the value of my photography…is that I was able to be in these amazing places with these amazing people, and I was just there with them to take pictures that didn’t change what was on camera,” Russell said. . “That’s what you can see; you are part of the show. You must be there.

Russell will tell the audience about his “extraordinary stroke of luck” becoming a photographer in London in the 1960s. He had just moved to England from his hometown of San Francisco and dreamed of being a writer, but instead landed a work taking pictures for some of the most famous bands of all time.

“The story is just as important to me as the pictures,” Russell said. “This kid who lived in San Francisco.. got on a plane and went to England with no purpose in mind… when a friend of a friend saw that I had some pictures I had left behind. university and asked me if I wanted to photograph his next interview.

Slowly, the photographer watched the music industry evolve into a hyper-visual industry and saw the rise of creative control over musicians.

“When television takes over, it becomes about image,” Russell said. “So during that time I was able to take photos that weren’t meant to make the musicians look like a product.”

He went on the Stones’ “Let it Bleed” tour in 1969 with a crew of just 16 and was allowed to photograph the band backstage. Now rock photographers have five minutes to take their picture, and record companies own the photos.

“So the picture you get is not real,” Russell said. “You pay a high price for it, and we pay it.”

Tickets for “The Best Seat in the House” are between $48 and $52 at https://my.montalvoarts.org.

2022-03-12
Previous Post: Classic Rock Favorites America at the Weinberg Center for the Arts in March | News
Next Post: Capitol Drive Loans: The Easiest Place to Get a Payday Loan Milwaukee Residents Trust