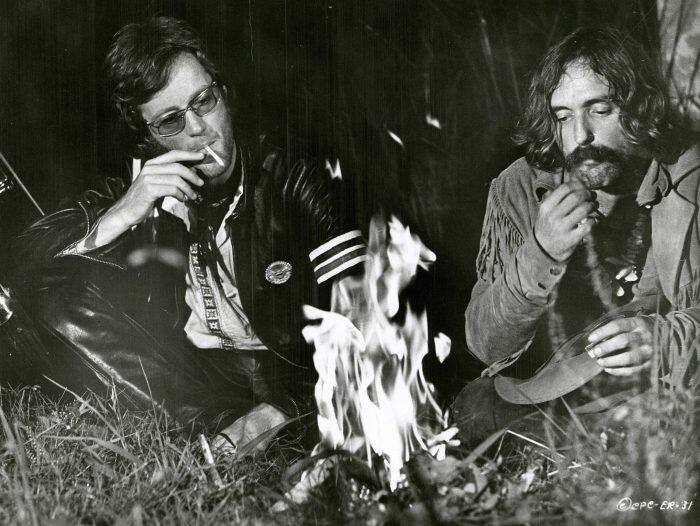 Since the dawn of man, humans have searched for ways to feel better. Beyond food, shelter, and clothing … humans like to feel good. Music, perhaps hitting a log with a stick, has long been one of the methods of appeasing the wild beast.

Another calming method, of course, has been medication in their many forms. Hundreds of songs about alcohol and marijuana, “hootch” and “weed,” respectively, have been written. The song “Feelin ‘Good”, recorded by Ry Cooder, has the lyrics “Feelin’ good, feelin ‘good … all the money in the world spent to feel good”. That’s about it, right?

Musicians treat devil’s weed by writing about it. In recent years, from The Beatles to Black Sabbath, from Willie to Winehouse, songs about the ganja have been sung, hummed, recorded and covered. Celebrity conductor Cab Calloway sang about it. Benny Goodman and his orchestra too.

In 1967, a young boy named Lawrence “Stash” Wagner wrote a song while he was confined in a room with another guitarist. That other guitarist was Elliot Ingber, who had played in Frank Zappa’s Mothers of Invention. The two young musicians were part of a group called The Fraternity of Man. The song was called “Don’t Bogart Me”. Better known as “Don’t Bogart That Joint”, the first line of the chorus, this is one of the great marijuana songs.

The affable and talkative Wagner has ties to the Sonoma Valley, but he prefers not to talk about it publicly, preferring to let sleepy joints rest. But he freely told the story.

Wagner was reached by phone from his home in the Philippines where he has lived since the 1990s, raising a new family and living the easy life of an expat. Her new hometown, Wagner said, “is a small hillside community of about 250 people, about a mile from the beach and below an active volcano.”

In the mid to late 1960s, Wagner lived in the Beechwood Canyon area of ​​Los Angeles. There was music in the air. “I lived next to Linda Ronstadt. Timothy B. Schmidt (Eagles) lived across the street and Warren (Zevon) lived in the house across the way, ”Wagner said.

“Before Beechwood, I lived in the band’s house in Laurel Canyon, a house built by (lead western actor) Tom Mix. It was a trip, this house. There was a bowling alley in the basement. Our manager locked the band in the safe with a few gaskets to prepare for the rehearsal. I was smoking and talking and taking too long, and Elliot turned to me and said, “Don’t bogart that thing, man,” Wagner said.

In “about 2 minutes,” Wagner said, they had the song. Although they are a rock band, Ingber wanted the song to sound country, “so they wouldn’t see us coming.” They recorded it and it was included on their eponymous album released in 1968.

One of the unique aspects of “Bogart” was the way Wagner sang the first word of the second verse. “Rollllllllll another one,” he begins. When asked how this formulation came about, where the inspiration came from, Wagner replied: “Drugs”. He then added: “All I remember is that it seemed okay at the time.”

“Don’t Bogart Me” aired, but its big break came with its inclusion in the soundtrack for “Easy Rider” (1969).

Wagner clarified, “Dennis (Hopper, who directed the film) included several popular songs on the working soundtrack while he was editing the film. He had obtained the music from the collection of Pete (Peter Fonda, producer and co-star). While filming the movie, Dennis and Pete realized that the songs sounded really good. They decided to keep the ersatz soundtrack as the real one, and the song became an international hit.

The soundtrack “Easy Rider” occupies an unusual place in the history of cinema. As mentioned, the working film had popular music underneath while the film was in progress. When Hopper decided he liked it with the temporary tracks, the rights to those songs were sought. The resulting soundtrack became the first of a Hollywood movie to use an organized playlist of non-original songs. The soundtrack peaked at No. 6 on the Billboard charts in September 1969.

Moving on to modern marijuana stories, Sonoma City Council has marijuana and cannabis dispensaries on its agenda for its November 17 meeting. Hopefully they make a decision that reflects the will of the people and that they don’t just “pass it on” to the next meeting or to the next group of council members.