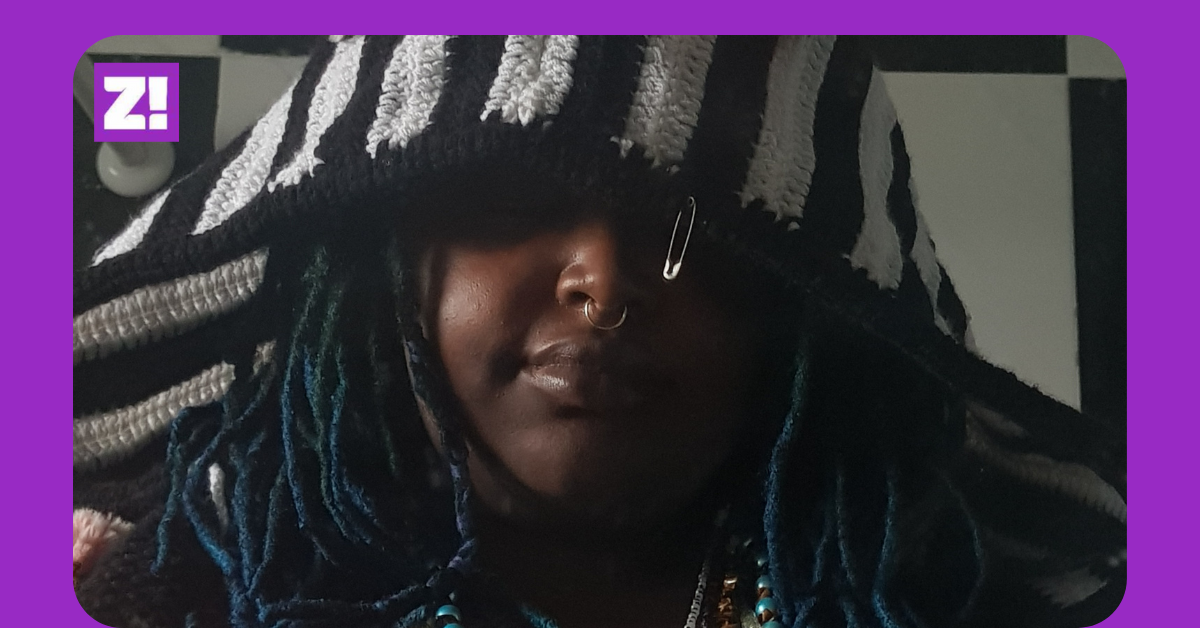 Creator Spotlight: Sigil on Breaking the System Through Rock Music

Creator Spotlight is a weekly series celebrating young Nigerians in the creative industry doing unique things. Everyone has a story, and Zikoko wants to tell it.

Hi! I am Sigil. I use the pronouns them/them, and I’m a Virgo. I organize rock music meetups for Nigerians who love the movement to break down oppressive systems. I’m interested in just about anything creative. I do digital art. I draw, paint and crochet. Basically, I don’t know where to stop.

Rock music dating sounds interesting, but what made you fall in love with rock in this way?

Growing up, my brother had Greenday’s disease american idiot and Welcome to the Black Parade by My Chemical Romance on CD. I burned them to my laptop and listened to them all the time. Eventually, I started collecting rock CDs. I would go to YouTube and different podcasts for recommendations. If a band was interviewed and talked about another band, I would listen.

How did you go from the idea of ​​a meetup to hosting it?

I had the idea of ​​starting a queer rock scene in Nigeria for a while. And I knew hFACTOR was a good space for an event, as their room was now smaller. I thought the appropriate type of event for this space was a listening party, as that seemed easier to organise.

How did the planning go?

I contacted hFACTOR about two months ago. From there, I played what I wanted to do in my head, but it was a mad rush in the final week of the event to make the calls that put it all together.

What did you have to do to perform it?

I did a lot of research on music created by black people, queer people and women, and edited the playlist semi-chronologically and semi-narratively with some old Nollywood clips for humor dotted. I knew I could use the speaker and the projector in the space so people could experience the artists and the music.

How did you manage to get people to come?

I pretty much just posted on mine and on the hFACTOR Instagram page.

How old were you when you decided “rock music is my life now”?

I don’t know if it was a conscious decision, but those two albums I mentioned had a big influence on me and pushed me to find more albums. I was 13 at the time. That’s why I decided, earlier in the year [2022], to create a meeting place for people who love rock music. Other communities have formed, but I thought of creating one for queer people because these spaces are not always the safest. I wanted to be in a space with disenfranchised but also politically engaged people who could talk, make and enjoy rock music together.

Songs played at the event

how did it happen?

I thought that was really fun. I learned a lot about the do’s and don’ts. Holding a face-to-face meeting for the first time is always tough, so it was definitely expected. The people who showed up made it worth it, and I want this to become a little ecosystem of like-minded people. Everyone was open and interested in the music.

The excitement of getting together in good company was everything. It will be a regular thing. This first time, I did it because I had a little extra money, but in the future, I would have to find the finances to make it work. Maybe I could sell art and build a community of people making art and growing together – a creative renaissance, of sorts.

You make it so good. Do you also make music?

Right now I’m just writing songs and figuring out how to record. I write alternative rock and pop; open and sarcastic songs that poke fun at things. Part of the reason I wanted to host the event was to mingle with people who make music. I couldn’t do it, but I’m not too worried about it.

Sounds fun. Which song, in particular, should we look for when it comes out?

I have a song without too much of a title, but let’s call it “Moon Cycle”. It’s a bit controversial, and I’ve planned a crazy video. I’m pretty excited for it to be released. I can’t wait to share it with the album.

Who would you recommend if you were to introduce someone to rock and they don’t like hearing white people sing?

Cicada and The Thermometers. They appear in an Afro rock and psychedelic compilation of songs titled “The World is Ending”made in Nigeria in the 70s. Clay has a pop rock song mixed with afrobeat, in terms of modern Nigerian artists. But I hope people will pay to go to her shows so she can produce more. If anyone was into r&b, I would recommend more polished rock music like Betty Davis, who influenced rap music. There’s also Meet Me At The Altar, a new ramen-fueled pop punk band.

What are your musical influences?

Fall Out Boy, The Runaways and My Chemical Romance. I like Max Martin, who is one of the greatest producers of all time. He did almost every hit of the 90s and early 2000s. I also like Fun and Paramore.

There is a recurring theme that you like groups. Have you ever been in one?

No, but I want. I think it will be so much fun to work with other people. If someone is queer, genderqueer or a good ally, I want to be in a band with you. I don’t play an instrument, but I sing and write. I’ve been writing since I was a teenager and I’m 27 now.

What would you call your band?

Does rock influence your style, or something else?

I was really into emo fashion and scene in high school. And I was influenced by the way people dressed on Myspace; I only wear dark colors.

My space? I just know you used to blog on Tumblr

I knew it! What was your blog about and are you still using it?

Oh no. I quit blogging there in 2017. I wasn’t even talking about music then. I was just into fandoms of movies and TV shows that I liked.

What fandom were you in?

Don’t judge me for my past mistakes, but I was into supernatural fandom. I loved sherlock and Doctor Who. I watched eight seasons of Supernatural, since everyone was looking at it and thinking, “Why am I watching this?” So I stopped. I kept waiting for something to happen, and it didn’t. Nothing ever happened.

It took you eight seasons? You are patient. What do you do when you’re not writing songs or organizing events?

I make beads and visual art for sale. I’m always trying new things with beads and planning takes some time. I also collect stones and forage them in my grandmother’s garden. I have found 30 rocks so far. I’m an outdoor person, but I don’t push my limits. That’s why I’m just looking at my grandmother’s house.

What do you think Nigerian creators could do in the rock/alternative scene?

I think everyone does what they want to do creatively, and I admire that. I will say, however, that there is a space that needs to be filled with rebellious and irreverent things, not just the status quo. Rock is about breaking down the system, and I like that there’s room for the pop punk that I love. We need more songs that challenge the way things are.

What do you plan to do differently?

Lyrically, I want to portray something that has never been portrayed before, an unusual narrative that breaks the norm. I want visuals that might upset some but are necessary for the next generation to understand that there is no limit to how they can express themselves.

I’ve always been influenced by pop surrealism, so I want to make art that inspires people to stand out. In terms of visuals, I do things that could be found on Tumblr as well as on adult swim. Think a colorful and campy sci-fi soundtrack by several genres of rock music.

What do you want the next two years to look like?

I would like to have a balance between the music I make and my visual art. I would like to not only rise with my music, but to have an ecosystem of people who are interested in the same thing – creating a movement to break the system, which lasts through the ages.