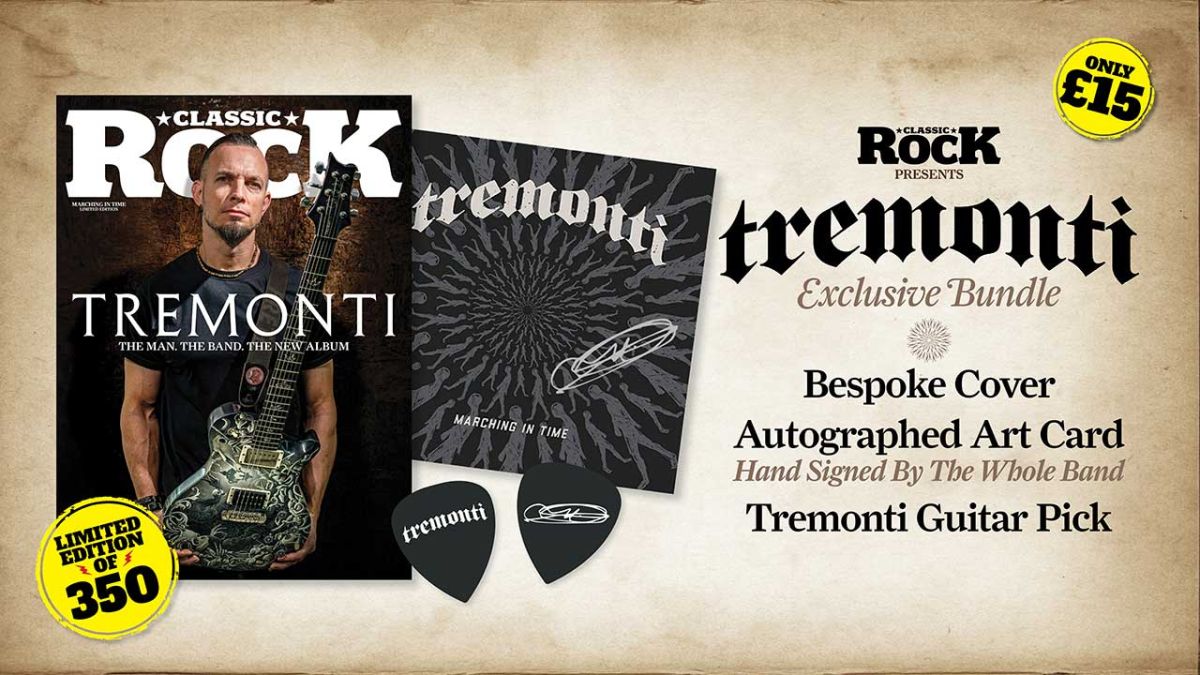 Tremonti’s new album, Walk in time, is scheduled to arrive on September 24 via Napalm Records. It’s available for pre-order now, and to celebrate the release, we’ve teamed up with Mark Tremonti to produce an exclusive bundle edition of the new issue of Classic rock.

The bundle includes a copy of the magazine with a bespoke cover (not available elsewhere), a Tremonti pick and an autographed art card hand-signed by the band. The magazine itself offers an interview with Mark Tremonti, in which he reveals the difficult gestation of the album.

“I had a small period, maybe five months deep in the pandemic, where things didn’t turn around and just kept getting worse,” he told us. “I lost my motivation – to go to the studio, to write, even to pick up the guitar. I just fell into this dark daze.”

The bundle is limited to only 350 copies, and it will be necessary to act quickly: when they are gone, they are gone for good.