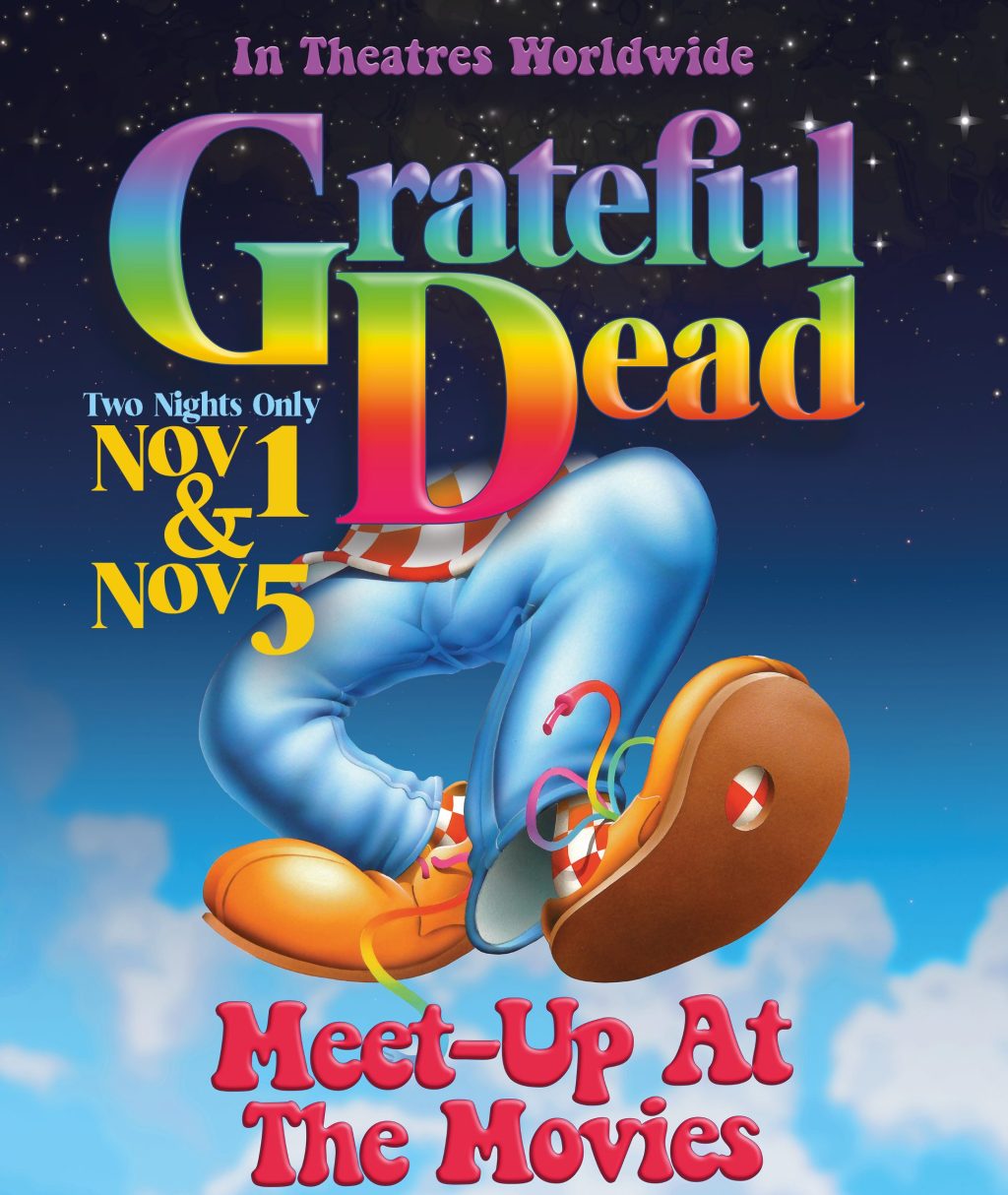 Grateful Dead ‘Meet-Up at the Movies’ returns to theaters

This year will highlight the 50th anniversary of the band’s sixth show of the 1972 Europe tour and return engagement at the Tivoli Concert Hall in Copenhagen, Denmark on April 17, 1972.

The event was the first major live Dead concert broadcast anywhere, and a first in Danish television history.

It has been fully restored and color corrected to high definition with audio mixing from the 16 track analog master tapes.

Highlights include standout versions of “China Cat Sunflower”, “I Know You Rider”, “Big Railroad Blues”, “Truckin'”, “Ramble on Rose”, “One
More Saturday Night” and many more.

A number of theaters will present the concert locally, including the Studio Movie Grill in Upper Darby, the Ritz Five in the Old Town, Regal United Artists King of Prussia, AMC Neshaminy 24, Regal Brandywine Town Center and the R/ C Reading Movies 11 & IMAX. . A full list of area theaters showing both screenings can be found at meetupatthemovies.com.

The 22 shows the Grateful Dead performed across Europe in the spring of 1972 were first immortalized in the triple album ‘Europe ’72’, which was released in November.

Earlier this year, the 24-LP set “Lyceum ’72: The Complete Recordings” and the four-CD set “Lyceum Theatre, London, England 5/26/72” were released, further testament to the importance of tour in Dead traditions.

“Meet-Up at the Movies” 2022 is the culmination of a year-long celebration by Deadheads of Europe ’72’s 50th anniversary. He was also featured on “The Good Ol’ Grateful Deadcast”, the official podcast of the Grateful Dead, which kicked off its fifth season with a 10-episode in-depth look at the tour.

The Grateful Dead “Meet-Up at the Movies” launched in 2011 and featured a variety of concert films, documentaries and notable performances by the band, including one in 2018 that spotlighted a July 1989 concert at the Philadelphia’s JFK Stadium in what would be the last public event held at the site before its demolition three years later.

Vinyl of the week

Keep an eye on this place as each week we’ll be reviewing new or upcoming vinyl from a variety of artists. It can be a reprint of a historical recording, a special edition or a new collection of a legendary act. This week, it’s a contemporary holiday set that makes its vinyl debut.

Few artists have made a comeback as explosively as John Hooker when “The Healer” was released in 1989.

The prolific singer-songwriter shot to fame in 1948 with the R&B hit ‘Boogie Chillen’ and as one of history’s greatest bluesmen, his influence stretched far and wide, inspiring a generation. of musicians in several genres, including folk, rock and blues.

While Hooker released several albums in the 80s, “The Healer” marked a turning point in his career, marrying the classic style of his heyday with a strikingly modern sound.

The “King of the Boogie” earned its first Grammy win, while “I’m in the Mood” featuring Bonnie Raitt won Best Traditional Blues Recording, and the album was a commercial triumph, peaking at number 62 on the Billboard 200 and sold over one million copies worldwide.

Raitt was just one of the big-name artists who joined the then 73-year-old blues icon on “The Healer.”

Hooker also recorded three solo tracks for The Healer, including the stripped-back “Rockin’ Chair,” the soulful ballad, “My Dream,” and the album
closer, “No substitute.”

For this final track, the bluesman delivered a surprisingly intimate vocal, paired with lush acoustic guitar and his signature foot tap as he declared, “There’s no substitute for love.”

Recorded at San Francisco’s famed Russian Hill Recording Studios, the album was produced by guitarist Roy Rogers, who was a member of Hooker’s Coast to Coast band and later fronted three other records by the bluesman, including “Mr. Lucky” (1991) and “Chill Out” (1995).

Together they have invited some of the biggest talents in the industry to perform a selection of new and classic material in stripped down and full sets.

After a period of more than a decade out of print, the reissue of “The Healer” has been pressed on 180 gram vinyl at Quality Records Pressing, with lacquers cut by award-winning engineer Bernie Grundman.

The success of “The Healer” reintroduced Hooker into the public consciousness, with a host of eager collaborators lining up to work with him. The busy bluesman was also able to bask in his status as a living legend as just two years after the album’s release, he was inducted into the Rock and Roll Hall of Fame and later received a star on the Hollywood Walk of Fame.

He was celebrated with a Grammy Lifetime Achievement Award in 2000 and he was the recipient of the highly prestigious National Heritage Fellowship from the National Endowment for the Arts, the highest honor that can be bestowed on individuals in the folk and traditional arts by the States. -United. government.

Look for “The Healer” online and at any reputable retailer that sells vinyl.