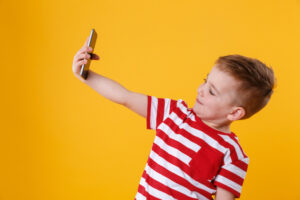 Here’s some other good news floating around. . .

1. If you’re feeling stressed, call this number: An elementary school in Northern California has started a free helpline called Peptoc that offers words of encouragement from kindergartners. There are also options to get life advice and hear the kids laugh.

A teacher named Jessica Martin invented it. She says she has been inspired by the positivity of her students, even during the pandemic. So she thought it might inspire other people, and she was right. The hotline was launched late last month. And within two days they were already receiving 700 calls per hour. (The number is 707-998-8410.)

2. A German musician drove 17 hours to the Polish-Ukrainian border and brought his grand piano to play music for the refugees when they arrived. He says his message is “peace through music”.

3. A guy named Shahid David recently moved from Iowa to Maryland and forgot to change his address on his food delivery apps. So when he tried to order Chipotle the other day, it was delivered to his old address 1,000 miles away. But it’s because of his back and forth with the delivery man that it’s in the news. . .

He paid anyway, but texted the guy apologizing and offered him the food. Then the guy texted back. . . said it was his late brother’s birthday. . . and that he was buried nearby. So he went over there to see him and said, in quotes, “I’m having lunch with him today because of you.” You have no idea what that means to me.