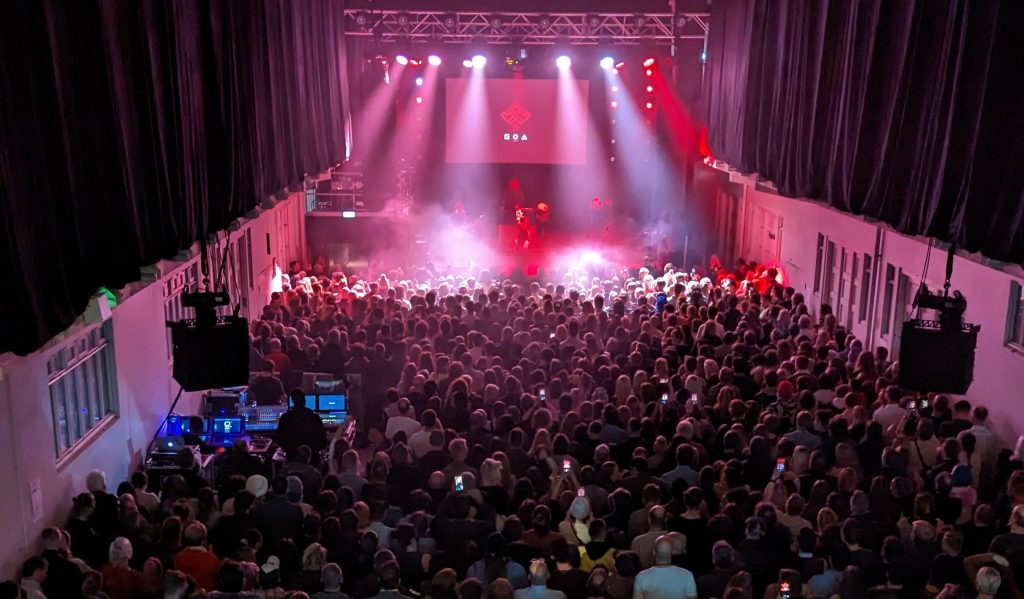 Iceland Airwaves, the coolest music festival in the world, returns

Like virtually every other music festival on the planet, Iceland Airwaves has been deeply affected by COVID-19.

The event went virtual in 2020 and last year under the “Live from Reykjavík” banner, the latter being a socially distant hybrid at just four venues in a single night that ended with the country returning to lockdown a few days later.

Last week however, the multi-day showcase of Icelandic and international artists got back into full swing with long lines, sweaty crowds and an endless supply of music.

Held annually the first week of November in the country’s southwest coast capital, Iceland Airwaves has gone through many iterations since it was a one-off event in an aircraft hangar on the grounds of Iceland Airwaves. Keflavík International Airport in 1999.

It hasn’t so much grown as it has transformed, adapting to the economy, the influx of tourism and the mixed musical identity of the past two decades.

The festival was acquired by event management company Sena Live in 2018 with the immediate goal of bringing Airwaves back to its roots. That meant former headliners like Mumford & Sons, Flaming Lips, Fleet Foxes and Kraftwerk – so-called “big names” – were off the table.

The idea was to keep the focus primarily on local talent, of which there is a plethora.

It’s also been cut from four days to just three, starting Thursday and continuing Saturday and using the city’s smaller venues instead of the towering, oversized Harpa Concert Hall.

It all worked out better than expected as this year’s edition was the first Airwaves to sell out in a decade, with some 8,000 attendees descending on Reykjavík, with around half coming from other countries, including Rock Music Menu .

Here are some highlights, tips, and what should amount to a major endorsement for adding the festival to your to-do list.

There’s a joke Icelanders love to tell foreigners: “If you don’t like the weather, wait five minutes.

It’s also one of those knee kicks, it’s funny because it’s true, as the cold Arctic air mixes with the balmy Atlantic Ocean air for an often volatile wind, rain and inconsistency. Still, the Viking gods were smiling on the airwaves this year for what was unusually quiet, dry and clear for the most part.
part.

Bathing culture is huge in Iceland, so to prepare for three days of standing, jostling, and all manner of sonic assault, I headed to the ocean’s newest geothermal wonder, Sky Lagoon. While it might not be as popular as the iconic Blue Lagoon, it’s cheaper, just 15 minutes from downtown Reykjavík, and has stunning ocean views.

You can simply relax in the warm waters of the lagoon itself or pay extra for the seven-step ritual, which includes a dip in a cold pool, followed by a sauna, cold mist, scrub body, a hammam, a shower, then a return to the lagoon where there is a bar in the swimming pool for drinks.

And if all that doesn’t turn you off, it’s time to seek help elsewhere.

Fully reinvigorated and probably brilliant, the first stop was at the historic Gamla Bio, which translates to “old cinema,” to see local favorites CeaseTone, which blend electronic and acoustic elements in a way it shouldn’t work on paper but explodes in the live setting.

Then it was further downtown to the Iono Culture House, where the Vintage Caravan hard rockers tore it down.

The Icelandic outfit in the vein of Led Zeppelin and Deep Purple have made a name for themselves outside the country and still brought it even though it was their 40th show in just seven weeks.

The Reykjavík Art Museum, as the venue with the largest capacity, hosted the largest groups of Airwaves, so it also saw the longest queues wrap around the building as attendees lined up in hopes of seeing female hip-hop collective Daughters of Reykjavík and Australian punk rockers Amyl and the Sniffers.

Although their music was very different, the two had packed audiences at their loudest.

Weekends in Reykjavík feel like a werewolf on a full moon.

All the locals are ready to let off steam and a bunch of bars are open until 4am with afterparties until sunrise if you know where to look.

That said, rhythm is everything, so the best way to start the evening was with local lo-fi indie pop duo BSI at Gamla Bio.

A repeat of the night before followed as he was back in Iono for what was truly one of Koboykex’s weirdest but most enjoyable surprises, a western/electronic outfit that dubs itself “two island hillbillies Faroe”.

Led by Sigmund Zachariassen and Heiorik a Heygum, their pink and sky blue cowboy outfits – replete with flowing white tassels – were stunning to say the least.

In keeping with the Western motif, the Icelandic sycamore seemed set to play the Grand Ole Opry, but was instead in the beautiful Frikirkjan i Reykjavík, a candle-lit Lutheran church.

A few blocks from Hurra, the true alt-pop of Gray Skies – Steinar Baldursson’s nickname – rocked the crowd. But the most energy that night was at the art museum, where England’s Metronomy served up inevitably catchy dance pop for everyone.
shoe horn in the room.

To hear Airwaves veterans say, the festival is most enjoyable when you don’t have a fixed – or at best loose – schedule and you just go with the flow, open to discovering new artists depending on how they look on paper, what their name is, or just by the recommendation of someone you just met.

Such was the case on Friday, the last day, when Ukrainian electro-folk band Go_A was the one everyone apparently wanted to see, with additional interest coming from those who want to support whatever comes out of the country during the Russian invasion in Classes.

It turned out the former Eurovision contestant had the chops to deliver a captivating set that saw the most crowded venue.

Like Sycamore Tree the night before, Pakistani singer Arooj Aftab dazzled in Frikirkjan after a quick stop to see UK indie rockers Porridge Radio at Gamla Bio. The tiny Gaukurinn pub hosted utter mayhem with Dublin punk/noise pop Ireland’s Thumper, which saw all the band members – except the two drummers – walking through the crowd or surfing the set.

Finally, it was the Norwegian electronic duo Royksopp who closed the evening at the art museum under the banner of a DJ set. Throbbing bass and pulsing lights may have worn some down, but others stayed energized and headed out into the wild Reykjavík night to celebrate the end of Airwaves 2022 and start planning for the return of the next year.

The vinyl of the week will return next week.