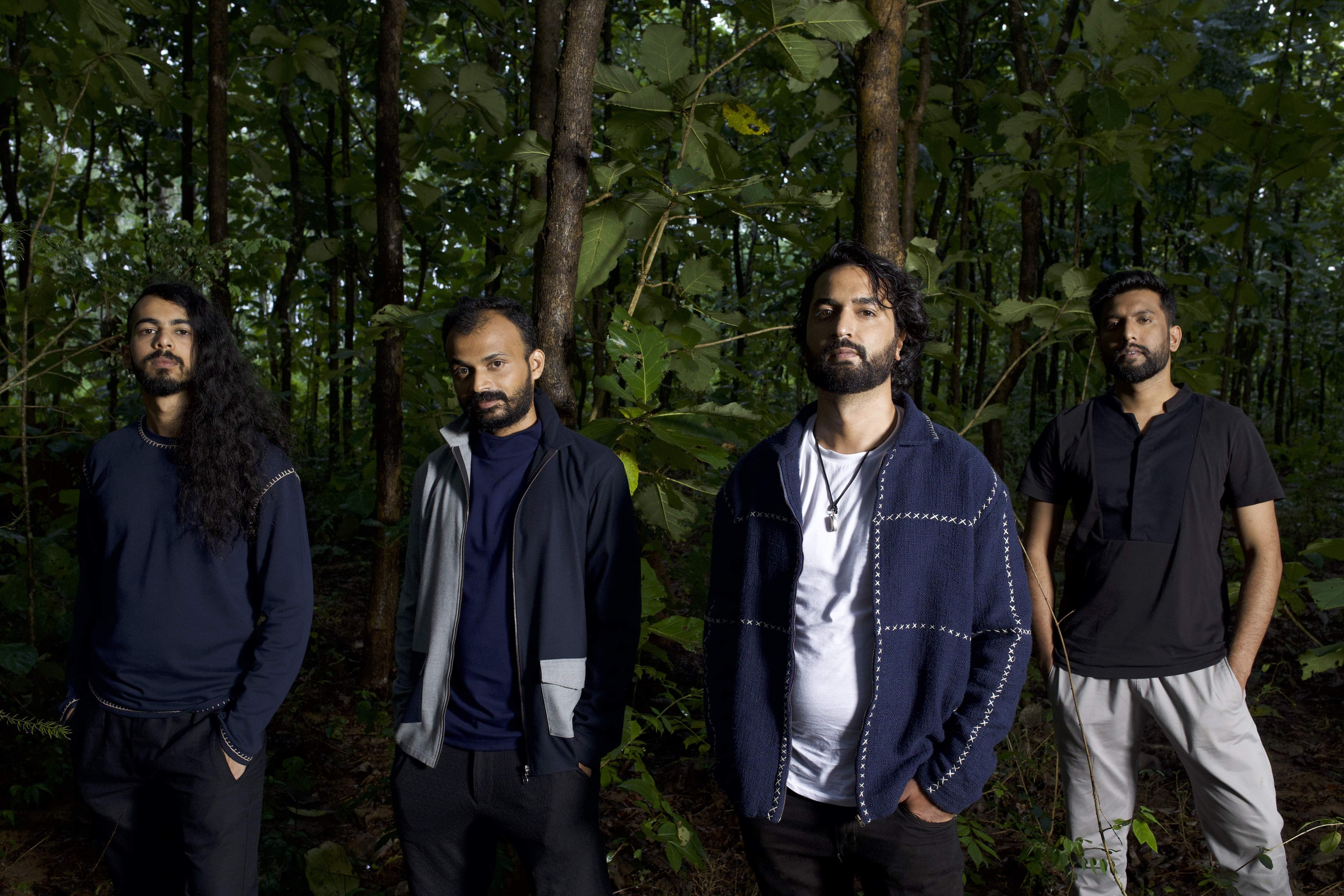 Rock and roll, in its different artistic forms, has been played in many urban areas of India for decades despite being considered a fringe genre within the wider spectrum of popular Indian musical pursuits. Despite the current tendencies, rock music has had a mixed history in India, with steady resurgences. Rock music in India has long occupied a precious position in relation to other musical genres in the country. From the 1960s when the genre consisted primarily of English cover bands to its early 21st century incarnation, many bands played progressive and classic rock, metal, fusion, indie and blues as the art form reached us in a variety of languages.

After meeting in Bangalore while attending university, Khalid and Kashif (ex-member) formed contemporary rock band Parvaaz in March 2010. When Sachin Banandur and Fidel Dsouza joined in late 2010 and early 2011 , respectively, the band felt complete, according to the band’s own admission. The current band members are Fidel Dsouza (drums and percussion), Sachin Banandur (drums), Bharath Kashyap (guitar) and Khalid Ahamed (vocals and bass guitar) have absorbed a number of progressive and psychedelic rock influences from around the world. , but their own expression has a basis that gives their music a special feel. Parvaaz’s music has been characterized as one that crosses genres, transporting the listener to folk, blues and psychedelic locales while enclosing them in an ambient sound that is both recognizable and enigmatic.

There is no doubt that Parvaaz holds a unique place in Indian indie music. There is no other band quite like their distinct, eclectic and cinematic music. When their melodies are suppressed, their Hindi, Urdu and Kashmiri writings translate into exquisite poems. Their meticulously crafted melodies draw you in with undercurrents of doom and bewilderment that manage to both calm and unsettle the listener. Before their live performance at Artistry Hyderabad, we spoke to the band members. “This journey started with the four of us sharing common interests in music and playing in local clubs and festivals. Since 2010 we have been expressing ourselves and our ideologies through music,” Khalid shares.

An embodiment of emotions
2011 saw the release of Parvaaz’s first song, Dil Kushand 2012 saw the release of their five-track debut EP (Extended Play), Behosh. Khufiya Dastaantheir second single, was released in 2013. Barantheir debut album, containing eight tracks, was released in August 2014. They released a live album titled Transitions in 2016, which included previously released songs as well as new songs Shaad and Color White. On October 18, 2019, the group presented their nine-track album kun. “We all love producing music and performing together. It gives us the impetus to keep doing what we’re doing because I think a good ear and good communication skills are necessary for someone to become a good musician,” Bharath tells us. “To me, the thought process you go through when you make music and whether it has a purpose is the most important aspect,” says Khalid. Several songs from their album Baran also had guest musicians. For instance, Ab Ki Yeh Subah included violinist Sanjeev Naik of folk and fusion band Swarathma from Bangalore, and Fitnah and Ziyankar featured saxophonist Seth Malloy. Guitarists Ramanan Chandramouli of Blushing Satellite and Michael Anthony Dias of Mad Orange Fireworks also took part in the project.

Sharing with us what Hyderabadis can expect from their upcoming tour, Khalid said, “The last time we performed live in Hyderabad was last December. We are very happy to be back now. We love the place, the food and the atmosphere. We are happy to start our tour from Hyderabad this time. The crowd is growing and receptive to the indie music scene, which is so welcoming,” Khalid shares.

We were curious to know the meaning of Parvaaz and what the name reveals. According to Khalid, the story goes that they played their first duo gig at a local club years ago. Before playing, they had to think of a name for themselves. They came up with the name, Parvaaz, which is the Urdu word for “steal”. “Eventually the gig didn’t happen, but the name stuck with us,” Khalid shares with us. Their music has a very personal touch with instruments that sound melodies and other acoustic notes.

Music as a way of life

Like many other musicians and singers looking to pursue a career in music, Khalid, Sachin, Fidel and Bharath also tell us that they never imagined themselves pursuing any other career outside of music. Since joining forces, they’ve given their all to their music, and they still do. They believe their rich history and local folklore have continuously influenced their music, which has become a way of life for them. Legendary performers from Indian and international stages
are among the artists who inspire them. “We are inspired by musicians and ensembles like Nirvana, Limp Bizkit, Radiohead, Pink Floyd, Sigur Ros, Led Zeppelin and many more. We find inspiration simply by playing music and expressing our thoughts. Sometimes we see other acts and get inspired and come up with something refreshing. Sometimes life itself teaches you a lot of things – like growing up as a group, how we started our journey and our daily experiences – all of that
is reflected in our work,” says Fidel. Sachin adds: “We are passionate about music. We can’t explain how nice it is to connect as a group. It’s addicting!”

Khalid tells us that they all have diverse musical ideas as they come from different backgrounds. There’s a lot of shuffling that happens when they play together as a band. “We produce music alone, writing songs as we go. Our style continues to evolve. We continue to listen to music and inspire each other. The material world in which we live; the love we find and lose; the current generation and the generation to come – it’s all part of our themes. We also tend to write songs that are full of metaphors so listeners can interpret how they want and feel their own.

Performing in Kondapur on November 26.