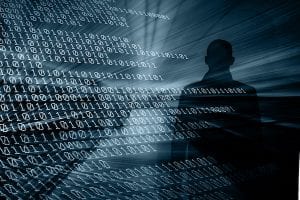 INDIANAPOLIS, Ind. (ADAMS) – The Indiana Attorney General is investigating how T-Mobile customers in the state were hacked.

On Tuesday, Attorney General Todd Rokita said he had launched an investigation into the hacking of nearly 53 million customers last summer. Rokita said some of those customers’ personal information is now for sale on the dark web.

The AG’s office says anyone who experiences identity theft due to the hack should reach out.

Indiana Attorney General Todd Rokita is asking all Hoosiers who believe they may have been affected by T-Mobile’s reported data breach to take appropriate steps to protect their information from identity theft.

“Protecting and defending Hoosiers from invasive violations like this is an important part of our job. I am launching a detailed investigation into this breach and to determine whether T-Mobile had appropriate safeguards in place to protect personal information,” Attorney General Rokita said.

On August 17, 2021, T-Mobile reported a massive data breach compromising the sensitive personal information of millions of current, former and potential T-Mobile customers. The breach affected more than 53 million people across the country. Among other categories of information affected, millions of people have had their names, dates of birth, social security numbers and driver’s license information compromised.

Recently, a large subset of the information compromised in the breach was for sale on the dark web, where cybercriminals can buy, sell and track personal information. Many people have since received alerts through various identity theft protection services advising them that their information has been found online in connection with the breach, confirming that those affected are at increased risk of identity theft.

Attorney General Rokita is asking all Hoosiers affected by T-Mobile’s breach to take the following steps to protect themselves: