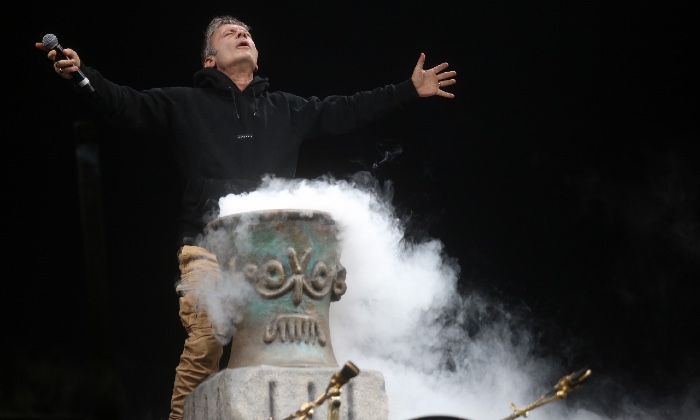 On the occasion of International Literacy Day, it seems fitting that a musical platform sheds light on these songs which have been inspired by great literary works. With everything from Kate Bush The Wuthering Heights to Dire Straits’ Romeo and Juliet, the written word has been extremely influential for many artists.

However, one group in particular is well known for drawing inspiration from famous stories. Here are 11 Iron maiden pieces that have been influenced in one way or another by classical poetry and prose.

1. The flight of Icarus

As one can probably guess, this 1983 of their Peace of mind The album is loosely based on the Greek myth of Icarus, the title actually being taken from Jacob Peter Gowy’s 15th century painting. For those who did not know, the myth concerns the ambitious Icarus to whom Daedalus gave wings of wax and feathers to help him escape Crete, only to defy the latter’s warnings. flying too close to the sun, melting its wings and falling into the sea.

2. The number of the beast

While the content of this song from their 1982 album of the same name is largely based on the Apocalypse, it was also apparently in part inspired by the poem. Tam o ‘Shanter by Robert Burns, about a drunkard who finds himself chased by witches and devil’s creatures. That and a nightmare Steve Harris had after watching Damien: Presage II.

That song from the 1983s Peace of mind, was directly influenced by Alfred, Lord Tennyson’s 1854 poem The charge of the light brigade, based on the Battle of Balaclava which took place during the Crimean War.

While the subject of this song has little to do with the story the title quote is taken from, it is a reference to Marcus Antonius’ speech after Caesar’s murder in Shakespeare. Julius Caesar: “The evil that men do lives after them; The good are often buried with their bones.

5. Out of the silent planet

CS Lewis is best known for Chronicles of Narnia, but he wrote a fairly large philosophical science fiction novel in 1938, after which this track is named. It appears on the album 2000 Brave New World (more on that shortly), though it’s actually more thematically based on the sci-fi movie Forbidden planet.

The main track from their 2000 album doesn’t need an explanation, but we’ll give you one anyway. Brave New World is, of course, a novel written by Aldous Huxley in 1932 and is one of the greatest works of dystopian fiction of all time alongside George Orwell 1984, Ray Bradbury’s Fahrenheit 451 and Philip K. Dick’s Do Androids Dream of Electric Sheep?. Everything revolves around the social hierarchy and eugenics, and the song follows the themes of artificiality and emptiness that accompany the “brave new world”.

7. The Phantom of the Opera

From their eponymous debut album, this song takes a rather unsympathetic look at Gaston Leroux’s Phantom. The Phantom of the Opera (famously adapted to the stage by Andrew Lloyd Webber).

8. Rhyme of the ancient sailor

The time of the old sailor is a very long 18th century poem by Samuel Taylor Coleridge, and thus the Iron Maiden story on their 1984 album Power slave is a long 13 minutes. Anyone studying this text should hear this masterful song.

9. Seventh son of a seventh son

The eponymous track from their seventh studio album is, naturally, inspired by the fantasy novel. seventh son by Orson Scott Card. This is the first of his The Tales of Alvin Maker series about a seventh son of a seventh son who is hunted down due to the powers conferred on him by his hereditary position.

Based on the eponymous 1954 novel by Nobel Prize winner William Golding, Lord of the Flies featured on Iron Maiden’s tenth album The X factor and, like the novel, tells the story of divided attitudes between a group of abandoned boys on an island; those who have the rationality that accompanies mature ideas and those for whom the security of maturity is far off.

The man who wanted to be king 2010s The final frontier is named after Rudyard Kipling’s 1888 short story, but it’s not entirely clear whether or not Iron maiden intended to share thematic similarities. The story follows a man who, alongside his friend, becomes a king in the eyes of the Kafirs after traversing dangerous mountains to find their isolated community. Only his friend ends up being executed and the man is freed after surviving a crucifixion only to sink into madness as he wanders the roads with nothing but regrets and his partner’s severed head.