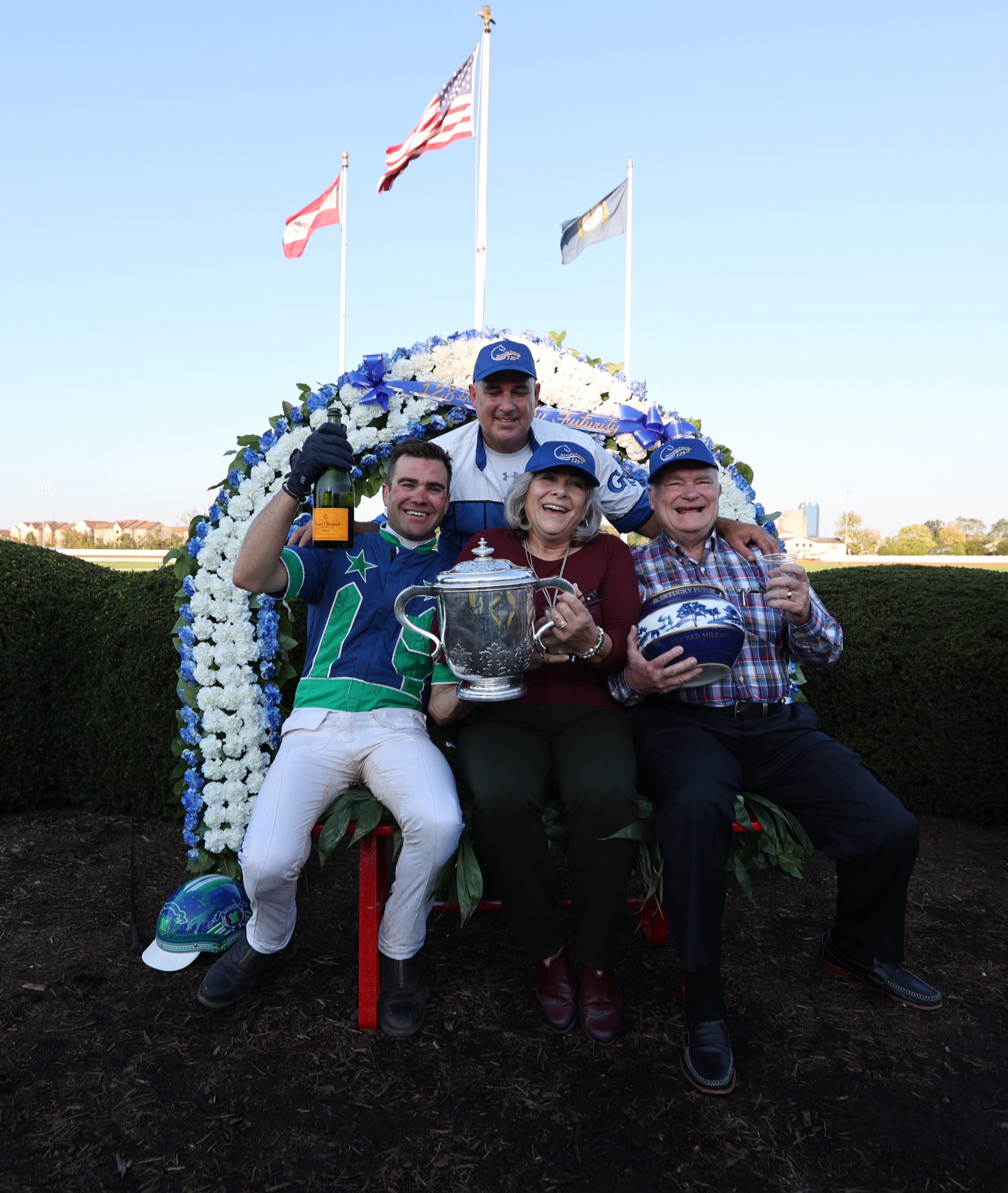 Hightstown, New Jersey— It’s not uncommon for music to be part of an athlete’s daily training routine.

Even when the athlete is a horse.

Tabasco then continued with a laugh, “I think Juju likes it anyway. He’s not complaining, that’s for sure.

Who would complain? The results rocked.

Jujubee, trained by Greg Wright Jr. for owner-breeder Jon Erdner, was the highest-earning male trotter in the sport last year at $948,791. He finished no worse than second in 17 of 18 races, winning 14. His victories included the Breeders Crown, Kentucky Futurity, Pennsylvania Sire Stakes Finals, and Phil Langley Memorial.

The colt captured the Futurity in 1:49.3 and the muscle hill Trot in 1:49.4 to become the first male trotter 3-year-old with two winning miles under 1:50.

“It was amazing,” Tabasco said. “The ride of a lifetime. I’m just happy to be part of it. It’s a dream come true.

Tabasco was 15 when the Meadowlands Racetrack opened in 1976, a few miles from his home in northern New Jersey. He developed an interest in harness racing, which turned into a passion. An electrician by trade, Tabasco soon began working with horses part-time, first as a groom and then as a trainer.

“I never had a lot of horses, just a couple for myself, just to fill the need,” Tabasco said. “It was a great experience training my own horse and competing at The Meadowlands. It was a thrill.

Tabasco moved to Ohio several years ago and met Wright while racing at The Meadows. Wright needed help and Tabasco stepped in.

He never imagined that this decision would bring him back to The Meadowlands last year for two of the biggest days of the season. The first came last August when Jujubee won the muscle hill Trot on the day of the Hambletonian. The second came in October when Jujubee won the Breeders Crown.

Jujubee’s victory in 1:49.4 in the muscle hill set the track record for a 3-year-old male trotter.

Jujubee’s progression from a lightly run 2-year-old to trotter of the year was a credit to Wright and the horse, Tabasco said.

“Greg did a great job with him,” Tabasco said. “It wasn’t like I turned the key and we were going to be world champions. There were things he did along the way, shoeing changes, equipment, it all depended.

“And Juju is such a smart horse. He is always in a good mood and he loves his job. He is very professional when it comes to racing. He knows it’s race day. He knows what is going on. Once he knew what it was, he just blossomed. The horse has the will to win, that’s how it is for him.

Wright said he was glad Tabasco was with him for the trip.

“This past year, traveling with Jujubee has allowed Mike to reconnect with many old friends on the horse racing circuit and make new friends through his charismatic personality,” Wright said. “Mike’s level of confidence and excitement every time Jujubee showed up at the door was exhilarating. Jujubee’s late season performance is a testament to Mike’s level of dedication, reliability and loyalty to harness racing.

“Mike and I naturally became great friends, I’m so lucky to have such a hardworking, dedicated and loyal goalkeeper on my team. The memories Mike and I have made are endless.

Jujubee is in Florida preparing to return for his 4 year old season. Tabasco is with him ready for the upcoming campaign.

“I can’t wait to be there,” Tabasco said. ” I can not wait. I think he got bigger, stronger. He knows he is a champion. This is how I feel. He does it. It seems good.

by Ken Weingartner, for the USTA