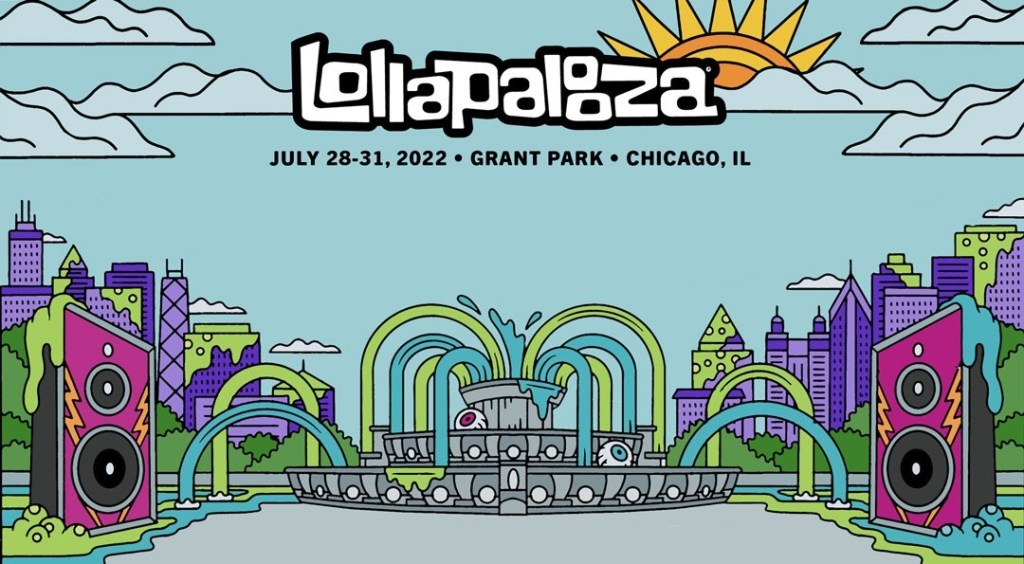 Lollapalooza will air live on Hulu next week

Given the current heat wave trend, it won’t be safe – or at least comfortable – to engage in outdoor recreational activities likely until the second week of November. After abusing the last seasons of “The Boys” and “Virgin River”, the options are starting to dry up. But have you thought about attending this year’s Lollapalooza live… from the comfort of your couch?

Hulu is the official streaming destination for Lollapalooza 2022, which takes place at Grant Park in Chicago from July 28-31. Subscribers to the streaming service will be able to tune in to the festival’s exclusive livestream at no additional cost. New and eligible Hulu subscribers can sign up for a free trial.

Although it began as a touring alternative rock festival in the early 90s, Lollapalooza has blossomed into one of the premier multi-day destination events since putting down roots in Chicago in 2005. The brainchild of Jane’s Addiction frontman Perry Farrell, Lolla now features artists across a multitude of genres, from mainstream pop and hip hop to rock and heavy metal.

This year’s Lollapalooza will see dozens of acts across the four days, and while it’s impossible to stream all of the performances, Hulu’s preliminary schedule – released this week – is no joke. It kicks off with a bang intended to shake the foundations of the Windy City with Metallica next Thursday. Swedish singer-songwriter Tove Lo and British indie rockers are also on the programme.

Starting Friday night, Hulu will feature two Lollapalooza streaming channels. Machine Gun Kelly, who has angered many rock fans for jumping genres from hip-hop to pop punk, will be one of the headliners. He will be joined by rapper Don Toliver, piano house sensation LP Giobbi and R&B star Tinashe, among others.

Saturday is where Rock Music Menu will be stuck, with UK punk rockers IDLES headlining, emo legends Dashboard Confessional performing a late afternoon set, Norwegian DJ Kygo spinning and indie rock band Wallows are just some of the names that should appear on Hulu.

The final night of Lollapalooza on Sunday will spotlight Perry Farrell’s first post-Jane’s Addiction unit, Porno for Pyros, which came together a few years ago. Even bigger than that will be K-Pop megastars BTS’s J-Hope, who will go down in history as the first South Korean artist to headline a major music festival in the United States. I am also required by law to remind all of their fans that BTS has not broken up. the boy band is simply taking a little break so its members can spread their solo wings a bit…or so they said in an announcement last month.

To see the full Lollapalooza streaming lineup, head over to hulu.com/lollapalooza.

Keep an eye on this place as each week we’ll be reviewing new or upcoming vinyl from a variety of artists. It can be a reprint of a historical recording, a special edition or a new collection of a legendary act. This week it’s the latest release in Craft Recordings’ acclaimed “small batch” audiophile series.

A pivotal title in Miles Davis’ incomparable catalog, the 1956 recording “Relaxin’ with the Miles Davis Quintet” features a who’s who of jazz greats, including John Coltrane on tenor sax, Red Garland on piano, Paul Chambers on bass and Philly Joe Jones on drums.It was a no-brainer addition to the carefully curated small-batch vinyl series dedicated to creating the highest quality vinyl reissues of legendary recordings from the Craft catalog.

“Relaxin” finds Miles Davis and his legendary companions at the top of their game. First assembled in 1955, the trumpeter’s “First Great Quintet” became the dominant small jazz band of the time and played a vital role in defining the hard-bop genre, thanks in large part to the skilful interaction between the extremely talented musicians.

These deft moments of collaboration can be heard throughout the LP’s six selections, which are split between bebop standards from Dizzy Gillespie’s “Woody ‘n’ You”, Sonny Rollins’ “Oleo” and Broadway ballads like “I Could Write a Book”. “You are everything to me” and “It could happen to you”. “If I Were a Bell”, from the musical Guys and Dolls, was released as a single alongside the album and has long been considered a standout track.

As with previous Small Batch albums, “Relaxin’ with the Miles Davis Quintet” was mastered from its original analog tapes by Bernie Grundman and pressed onto 180-gram vinyl at RTI using Neotech’s VR900 compound and a one-step lacquer process – as opposed to the standard three-step process – allowing for the highest level of musical detail, clarity and dynamics while reducing the amount of surface noise on the record.The limited nature of these pressings ensures that each disc is a faithful representation of the original lacquer and is as close as the listener can get to the original recording.

Each pressing of ‘Relacin’ is individually numbered and enclosed in a debossed and debossed linen case with an acrylic inset of the original artwork. The vinyl record, removable by a unique, friction-free ribbon tab, is housed in a reproduction of the original Prestige Records album sleeve and protected by an archival quality, anti-static and scratch-resistant inner sleeve. New liner notes from Grammy-winning music historian, journalist and producer Ashley Kahn also round out the set.

Limited to just 5,000 copies, ‘Relaxin’ with the Miles Davis Quintet’ is available online at craftrecordings.com.