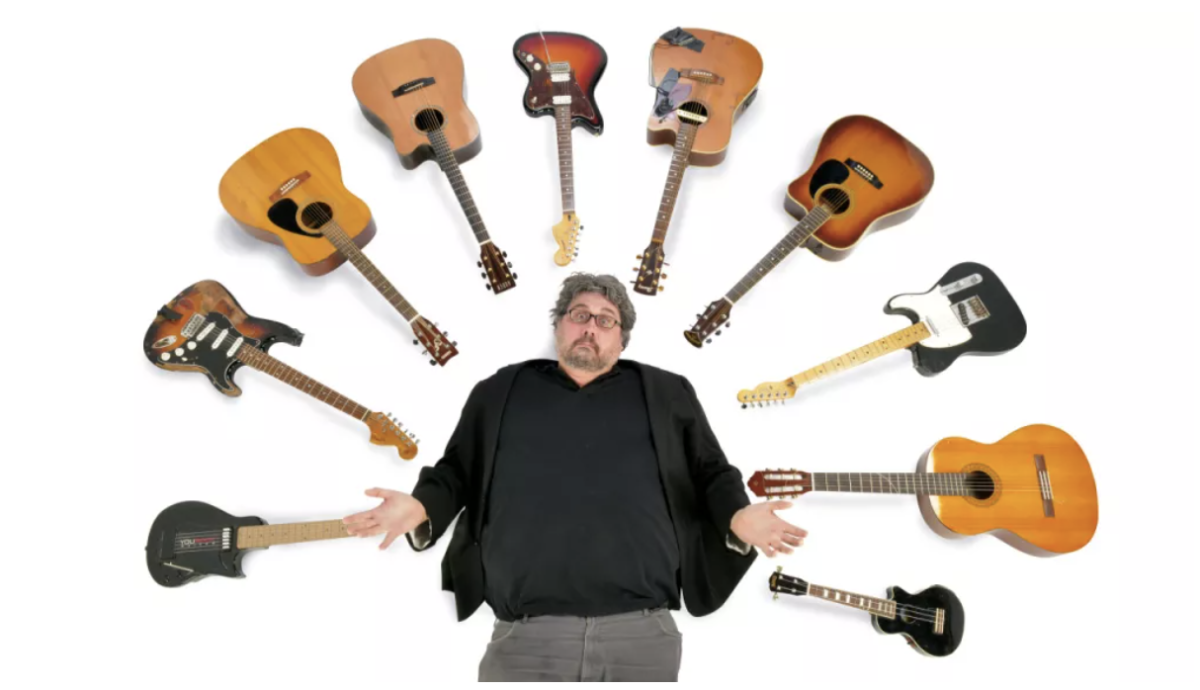 Matt Stevens: “I like the idea of ​​ambitious rock music …”

As anyone with a laptop and an insatiable thirst for new music will tell you, most of the most exciting new stuff can be found on the internet, as the traditional record label route is gradually becoming an annoying anachronism. Proudly sneaking under the mainstream radar, guitarist Matt Stevens’ 2010 album Ghost was one of the unexpected highlights of the past year; a prog-tinged instrumental album that was unlike anything else and which, if you knew where to look, could be had for next to nothing. This, Stevens admits, is more and more the way things are done.

“I think darkness is the real problem with musicians now,” he says. “If I went to a record company now and said, ‘I made an album and these are all acoustic guitars played in fun timings!’ they would think I went mad! The problem is, people can’t hear your music. If they’re listening because you’re giving away free music, then that’s a result, isn’t it? We are in the age of the infinite jukebox and there is so much available. If you can use free music as a tool to build an audience then that’s great. “

A true solo effort built using countless inspired guitar melodies, fractured rhythmic loops and a whole load of quirky atmosphere, Ghost stands out from all the rest released in 2010 because it seemed to exist in a totally different musical universe; one that only exists in Stevens’ restless psyche. As he happily admits, the songs evolved primarily from a need to pursue a singular vision… and to avoid spending hours in a cramped Transit.

“I’ve performed in metal and rock bands in the past, but this time I wanted to do something without having to have a band and all the hassle of driving in vans! he’s laughing. “I stumbled upon the sound by accident, really. I’m in King Crimson and Mahavishnu Orchestra and The Smiths and Hüsker Dü and it’s all been integrated, I guess. “

Even if Ghost is an entirely instrumental record, it is undeniably evocative and cinematographic. It’s not entirely surprising that the small town of England provides an edgy backdrop.

“When I was a child I lived in this place called Rushden and there was nothing over there, ”Stevens says. “It’s a pretty boring place to live. Ghost is a soundtrack to that, the idea of ​​being trapped in this depressing little town. When you live somewhere where there is nothing to do, you tend to end up playing the guitar eight hours a day. Before the Internet, there were no other areas of procrastination available! “

Also a member of post-rock explorers The Fierce & The Dead, whose full debut album is slated to be released online in April, Matt Stevens may not fall into any of the obvious prog subcategories, but his outlook, approach, and the love for making music that dares to be distinctive sets him apart as one of the most intriguing new representatives of prog. Keep an eye on your browsers for his next move …

“I was reading an interview with Steven Wilson the other day, and he was talking about ‘ambitious rock music‘. I loved it. I like the idea that it’s an attitude and something where you can say, ‘Okay, this song is 25/8!’ but you don’t think about what you’re doing, you’re just trying to do something interesting. It’s an incredibly exciting time for music. Ten years ago I would never have listened to black metal, but now I listen to this and so many other things. Progressive is an attitude rather than a genre, isn’t it?

2021-08-02
Previous Post: Rock music in Africa: how heavy music lives in a world where religion is strong
Next Post: Can push the limits of rock music on ‘Tago Mago’