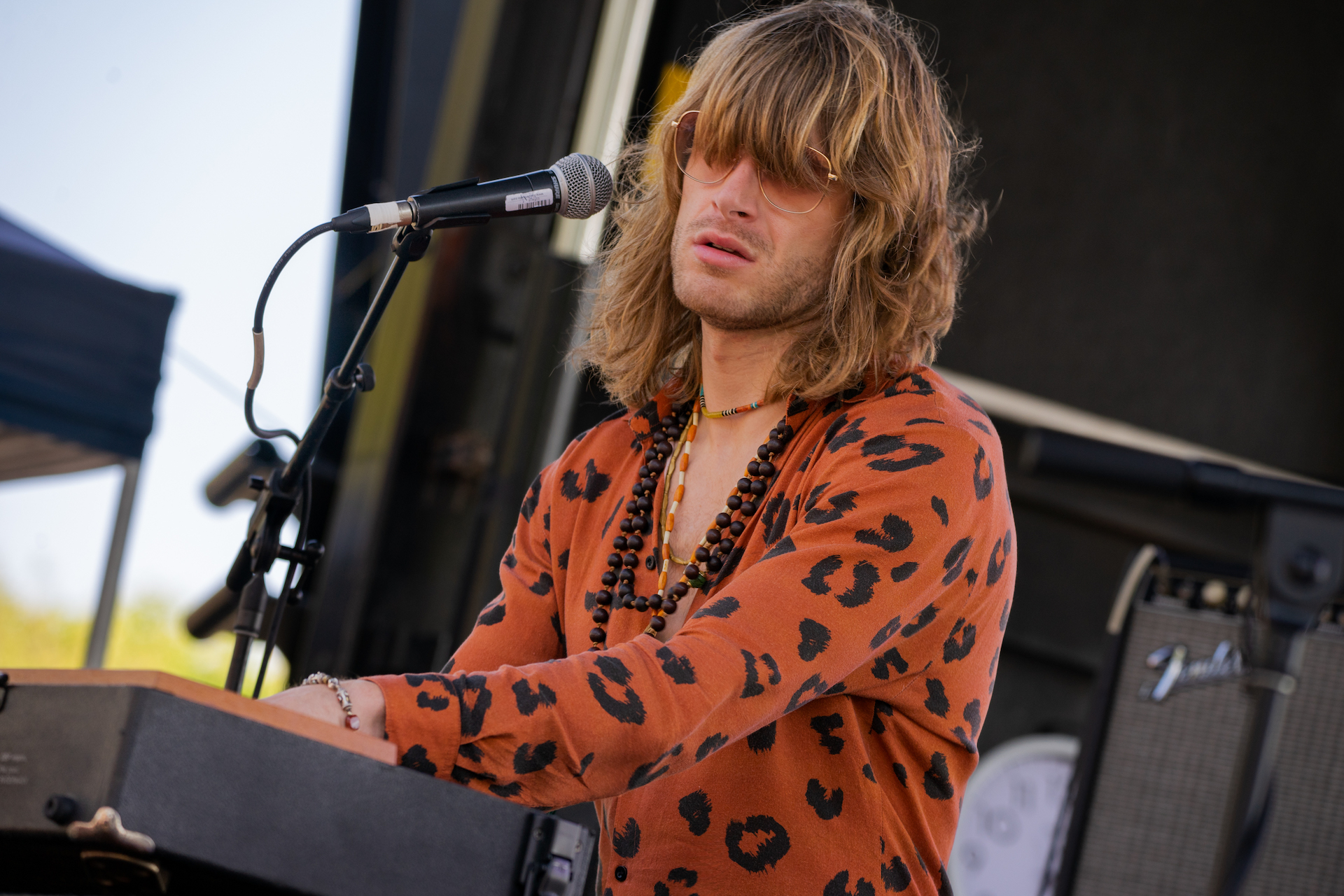 From afar, he was the spitting image of Todd Rundgren. In fact, Neal Francis might as well have gone to his hairdresser, held up a picture of the famously eccentric record producer, and said “this” before his set on the XPNFest Marina stage.

Hailing from Chicago, November 2021’s One To Watch artist XPN takes virtually every corner of classic rock radio — Deep Purple and Boz Scaggs, The Who and Funkadelic — and boils it down into one concentrated intravenous drip. His bandmates were like a roundup of top session musicians from a posh Hollywood strip studio in the 1970s.

As for Francis, he decked himself out in tinted hues and a leopard-print blouse behind a wall of keyboards like a shagadelic rockstar of yesteryear. All were played, sometimes two at the same time, embracing the deliberately retro laid back sounds like a funky clav lead (there were a lot of them).

During the intro to “Very Fine,” there was a second where the music stopped and all the players groaned into their microphones together. It brought a smile to every face backstage, perfectly summing up Francis’ appeal: a complete lack of self-awareness and seriousness. Of course, he then launched straight into an organ solo that could have been taken straight from an Emerson, Lake and Palmer record.

Fans rejoiced when Francis and co. realized they had more time than expected. After the extremely well-received “Can’t Stop The Rain” and “Lowdon”-esque “BNYLV”, the band embarked on a lengthy jam session to close the show.

Neal Francis’ next EP, Sentimental waste, out November 18. He told the crowd to “look for him in a record store or something”, which was a very 70s way of encouraging them to support his music. Listen to his performance and check out a photo gallery below.