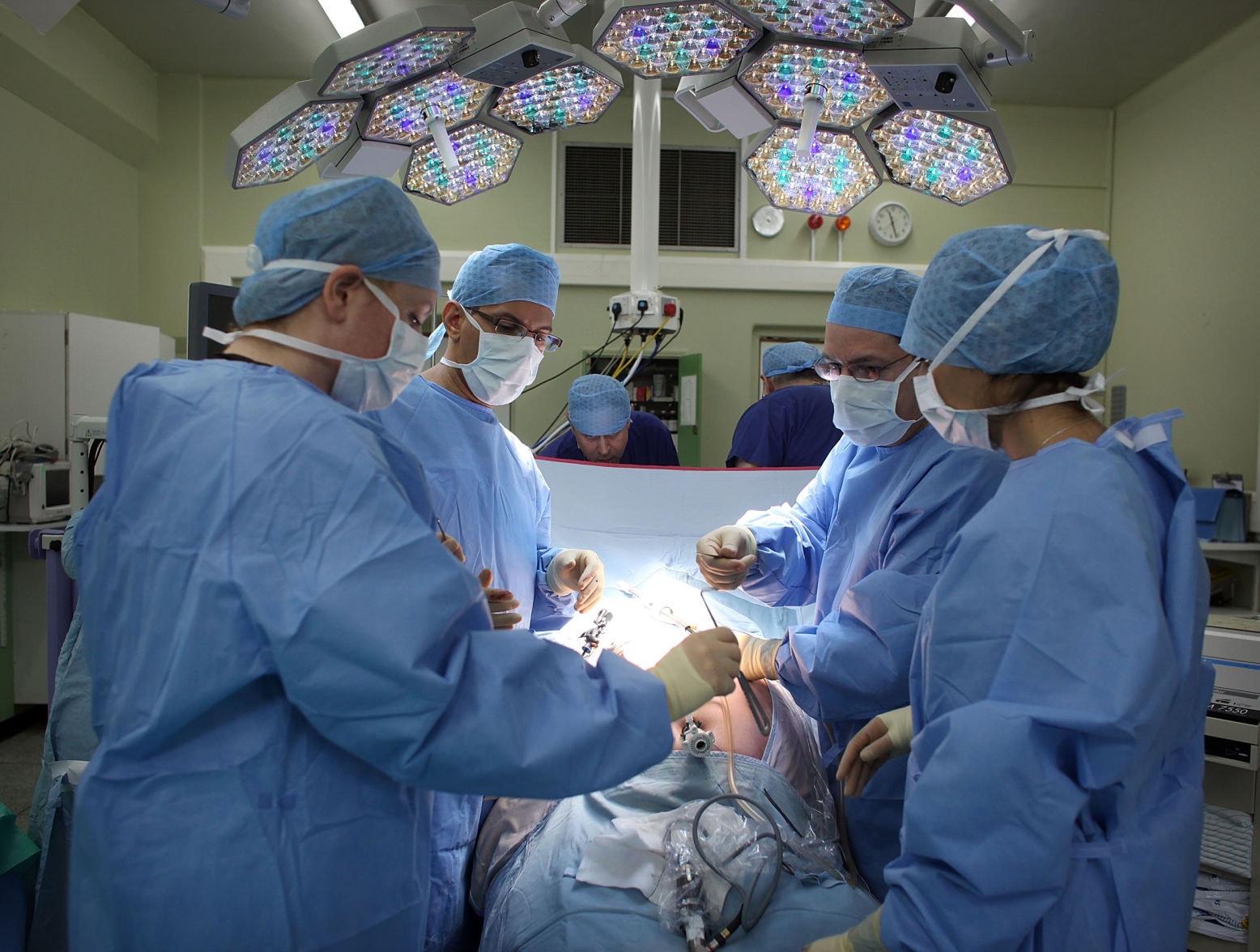 If you or someone you know is due for surgery soon, check to see if the surgeon is a rock fan. Why? A new study has found that a surgeon’s work improves when they listen to rock music during a procedure.

This new study has just been published by Langenbeck Surgery Archives. The study noted, “Novice surgeons completed a competency-based laparoscopic training program. Participants had to perform these tasks under three conditions: no music, with music at medium volume (45–50 dB) and at high volume (65–70 dB). Beatles soft rock and AC/DC hard rock were played. Task performance was assessed by analyzing speed and accuracy.

So what other details did this study find? When The Beatles were played at medium volume during the study, “participants were faster in ankle transfer and more accurate in intracorporeal knot suturing compared to without music. The total score has been improved by improving accuracy. However, these improvements disappeared when The Beatles were played at high volume.

As for AC/DC, when their music was played at medium volume, “participants performed precision cuts faster than without music. Ball preparation and precision cutting were done faster and accuracy was maintained. High volume hard rock also resulted in increased speed compared to no music.

The next recommended follow-up to this study? Use the same tests but compare the performance of the surgeons when listening to the Bon Scott and Brian Johnson parts of the AC/DC catalog. (If these scientists are clearly in no rush to cure cancer or any other disease, their studies may as well continue to be cool.)

Erica Banas is a rock/classic rock news blogger who knows the label well and is extraordinarily nice.