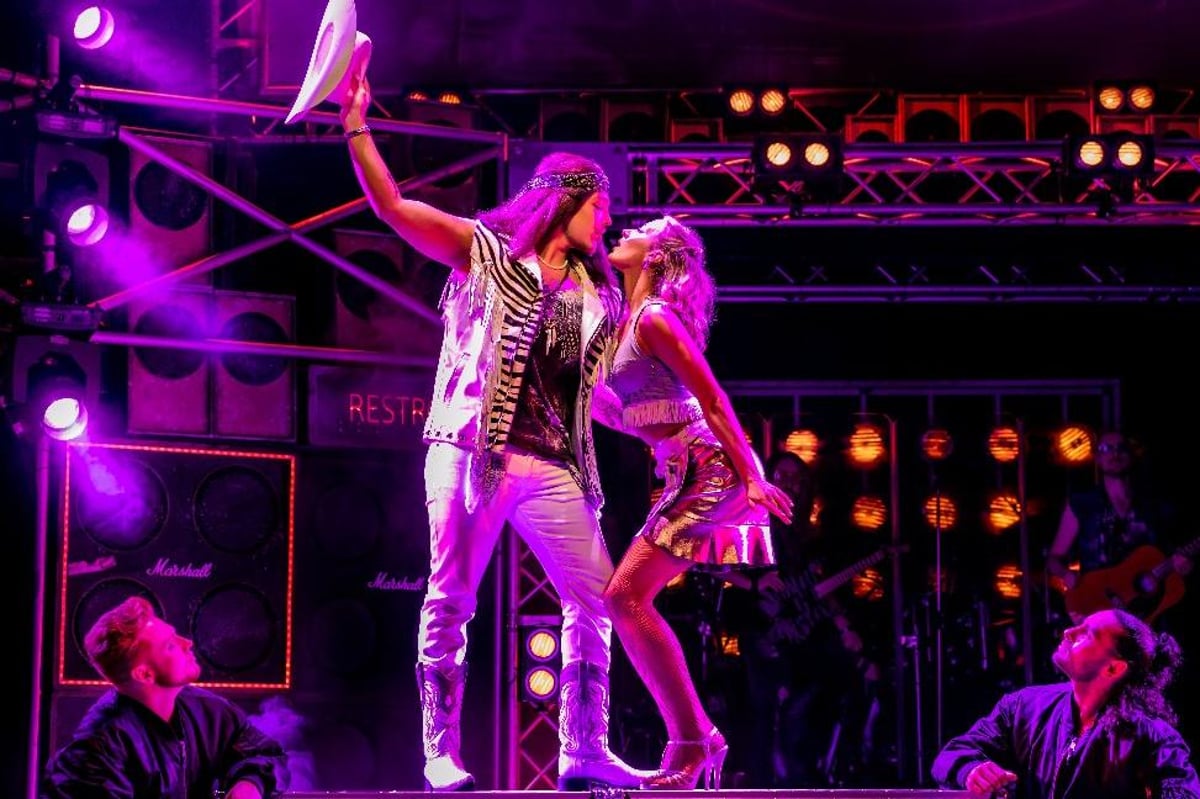 Rock of Ages Sunderland: A show full of classic rock anthems brings the noise to the Sunderland Empire Theater

Buckle up for an evening filled with 80s anthems; from Bon Jovi and Foreigner to Journey and Whitesnake, the classics are all present and correct.

We’ve got karaoke staples, jukebox favorites and those glam rock ballads where only professionals can hit the high notes.

Rock of Ages is at Sunderland Empire between September 6 and 10.

And speaking of the pros, let’s dive into the incredible cast that ties the story of lovebirds Drew and Sherrie, the demise of rock star Stacee Jaxx, and the fate of Hollywood bar the Bourbon Room together and bring it to life on stage.

We’re transported to Los Angeles’ Sunset Strip where, carried away by the narrator, lovable thug, and bartender of Bourbon Room Lonny (Joe Gash), we meet a misguided band of misfits seeking to fulfill their rock and roll dreams.

There’s Drew (Sam Turrell) who dreams of becoming a successful rock star; Sherrie (Gabriella Williams) is looking to break into the big screen and Dennis Dupree (Kevin Kennedy, which you may know better as Curly Watts of Coronation Street). He just wants to live that LA lifestyle at his beloved bar.

The history of the Sunderland empire – we take a look at its glories, celebrities…

Who’s ready for a good night out? Rock of Ages is the show for you.

With the future of the Bourbon Hall threatened by demolition plans, Dupree puts on a final, headline-grabbing show for Jaxx (Cameron Sharp) and his band Arsenal.

An overwhelming love for music runs through the characters’ storylines, and it shows in how familiar songs from the ’80s catalog are given a new lease of life with their performances.

When the songs are so well known, it can be both a blessing and a curse. Everyone loves them, sure, but woe betide the performer who doesn’t do them justice in the eyes of the public.

The classics have been treated with love and care – it’s hard to pick a favourite, but I’ll mention the mix between Pat Benatar’s Shadow of the Night and Quarterflash’s Harden my Heart.

Rock of Ages is full of classic hits – you can’t help but sing along.

It was a jaw-dropping performance from Natalie Winsor as Justice and Williams’ Sherrie – those high notes left us in awe.

Some of the biggest applause of the night (deservedly) went to REO Speedwagon’s I Can’t Fight This Feeling; performed as a touching duet between Lonny and Dupree – the play’s true love story.

The onstage hiccups made it even funnier, and I found myself rooting for their happy ending, rather than Sherrie and Drew.

Kevin Kennedy, center, as Dennis Dupree in Rock of Ages.

There’s no doubt that Gash as Lonny is the star of the production – he slips you into his leather jacket pocket, whisks you through the dizzying selection of rock anthems, and cracks you up with outrageous one-liners.

And this falsetto. I can’t quite find a way to sum it up eloquently, so I won’t try. Just buy a ticket and prepare to be rocked.

A few last words with a joke for those attending Tuesday’s performance; Lindsay, we hope you enjoyed the show!

Rock of Ages is at Empire until Saturday, September 10.