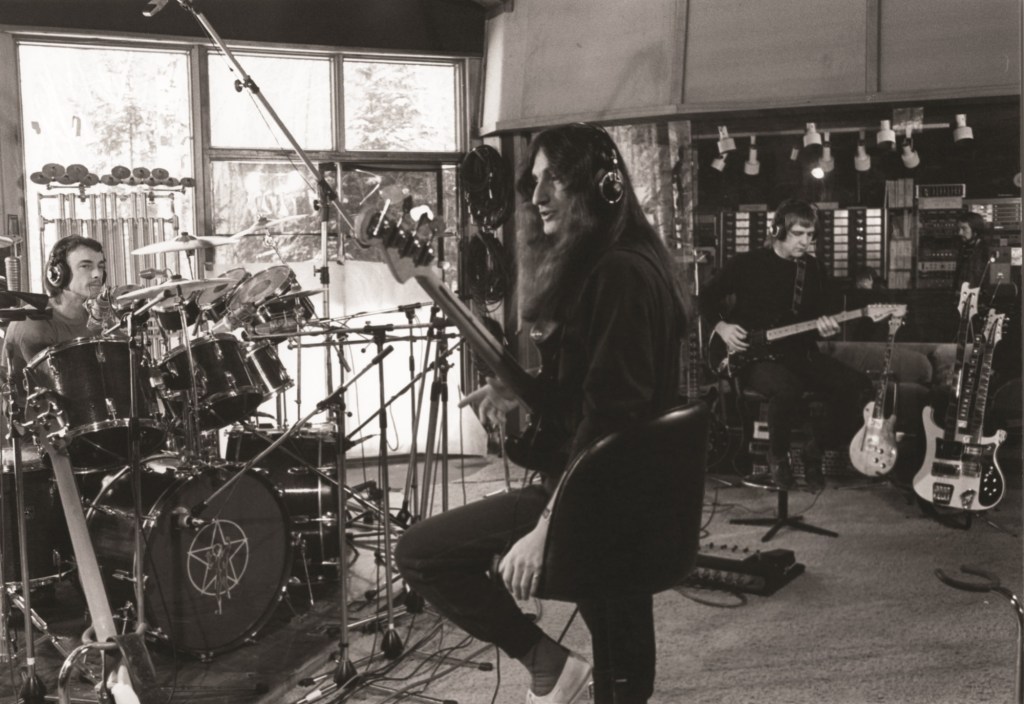 Rush’s extensive series of 40th anniversary albums continues with an expanded edition of the progressive rock band’s breakthrough 1981 release, “Moving Pictures”, cementing its status as a well-deserved classic album. The album released on April 15 is available to fans in a few separate configurations, including the Super Deluxe Edition, 5LP Deluxe Edition, and Single LP Edition. It can also be found in a 3CD Deluxe Edition, Digital Deluxe Edition and Dolby Atmos Digital Edition.

Comprised of bassist/keyboardist/vocalist Geddy Lee, guitarist/vocalist Alex Lifeson, and drummer/lyricist Neil Peart, Rush’s perpetually exploratory songcraft combined excellent musicianship, intricate songwriting, and a distinctive lyrical flair that garnered fans of the whole world. “Moving Pictures” was the band’s 8th studio album and was originally released on February 12, 1981. It was adventurous, yet accessible music that catapulted the forward-thinking Canadian band to new heights as they began to navigate the demands of a new decade.

The seven songs on “Moving Pictures” deftly blended the band’s prowess to channel its progressive roots into radio-friendly arrangements evident on hits like “Limelight” and “Tom Sawyer.” The latter opens the LP and has become one of Rush’s most beloved FM favorites as well as serving as a perpetual gig staple for decades to come.

The fourth bonus disc is a Blu-ray Audio disc with the main album newly mixed from the original multitracks in Dolby Atmos, Dolby TrueHD 5.1 and DTS-HD Master Audio 5.1 surround sound, as done by the famous producer/engineer Richard Chycki, alongside the previously available PCM stereo mix. Four bonus videos are also included on the Blu-ray; a brand new video for “YYZ”, plus three remastered vintage promo videos for “Tom Sawyer”, “Limelight” and “Vital Signs”. Additionally, all Super Deluxe Edition vinyl has been cut via Mastering Direct to Metal at half speed – in what is a first in the Rush catalog – on all five 180-gram audiophile LPs.

Other collectibles in the set are a “Red Barchetta” model car mounted on a black perch with an MP40 nameplate, two Neil Peart signature MP40 drum sticks, two embossed metal guitar picks, each with the respective signatures of Geddy Lee and Alex Lifeson engraved on it. them.

Additionally, there is a replica of the official 1981 “Moving Pictures” tour program, an enamel pin with the MP40 logo, a “Moving Pictures in motion” 3D lenticular lithograph, an 18×24 inch concert poster from Toronto 1981, a replica concert ticket from the 1981 Maple Leaf Gardens show, a 12×36 inch “Rush Through the Years 1973-1981” poster, a YYZ luggage tag, and an “All Access World Tour ’81” insert . All contents are housed in a premium lift-top box, which features cover artwork reimagined by Syme.

Upon its release, “Moving Pictures” topped the charts in the band’s home country and broke into the Top 5 here in the US and in the UK where it reached #3 in both locations. . It became their worldwide best-seller. During the 2010 – 2011 “Time Machine” world tour, Rush would play the record in its entirety to open their second set, marking what was then their 30th anniversary. After Peart’s death in early 2020, surviving members Lee and Liefson decided to end the band.