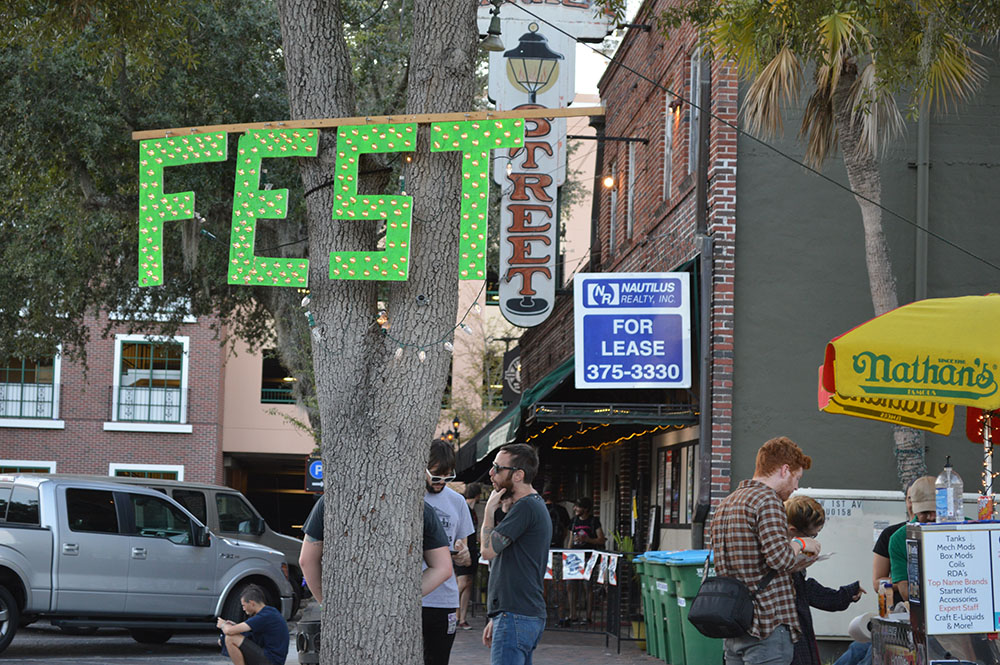 The annual punk rock music festival gives back to the community

After a year of hiatus, a familiar sound returned to downtown Gainesville: punk rock music.

“Fest” is a 19-year-old punk rock music festival held annually in Gainesville. In 2020, the underground event was canceled due to the COVID-19 pandemic. This year, Fest 19 curator and owner Tony Weinbender said he was confident he could host the punk festival this year.

“We surveyed our attendees and found that the people who held tickets, around 96.5% of them, were already vaccinated, and that was one of the motivators for us to experience the festival,” Weinbender said. “Knowing that, I think everyone was a little more comfortable doing a music festival.”

The festival also returned with its long tradition of giving back. Fest provides donations from ticket sales to organizations such as We Are Neutral, a nonprofit whose goal is to raise awareness of carbon emissions, and GRACE Marketplace, a local hub for the homeless. These donations usually total $ 3,000 per year.

GRACE is a frequent recipient of Fest donations. The homeless center receives $ 1 for each ticket sold. Since the pandemic suspended last year’s event, funds that would have been made over a two-year period have been condensed into one, Weinbender said.

This year, funds have reached approximately $ 4,000. While many people refunded their tickets when the event was canceled, they kept their $ 1 donation to GRACE.

In addition to ticket sales, Fest organizers have created around 900 copies of an LP with Pittsburgh-based label AF Records. The LP contains tracks from bands that have performed at the festival and bands from previous years.

The records were on sale for $ 20 each. If all records were sold, GRACE would receive an additional donation of $ 18,000.

Jon DeCarmine, Executive Director of GRACE, said he was grateful to be a part of the long history of giving back to punk culture.

“There are a lot of different festivals going through town,” DeCarmine said. “There’s a lot going on and I’m really amazed at how Tony and the Fest team and Anthem team are really committed to making sure it’s not just a festival, but it’s is also a way to give back to the community.