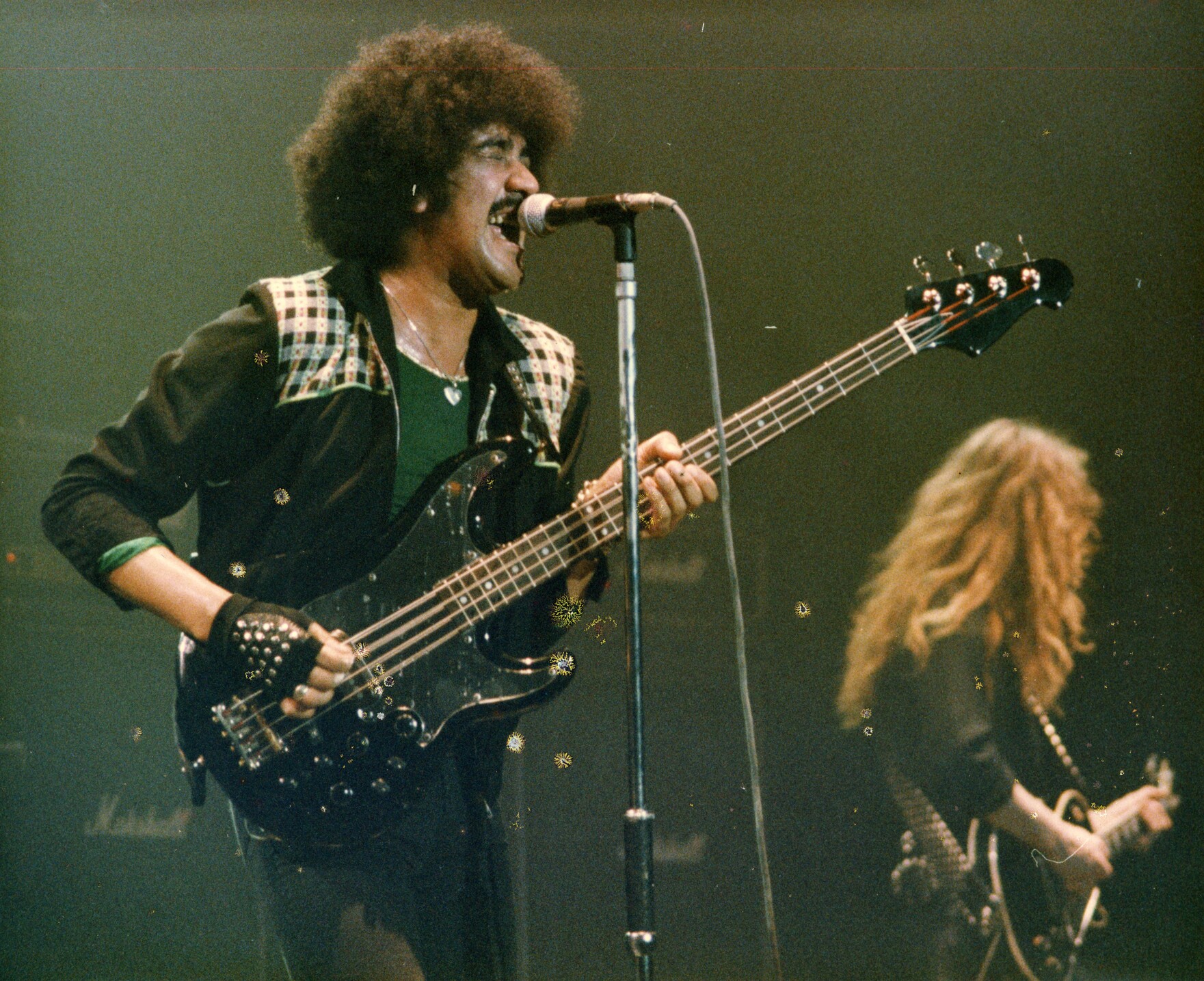 A Manchester, UK-based publisher is filling an exciting niche in rock music literature with a series of books that tell the stories of top bands through the eyes and words of fans who have gone to their gigs. Editions so far have included the Rolling Stones, Jimi Hendrix, Cream, The Jam, Queen, Led Zeppelin and Black Sabbath, and a new one will feature Thin Lizzy.

Spenwood Books is a small independent publisher and arguably well located, Manchester being the musical heart of the North West of England, home to The Hollies, The Bee Gees, 10cc, The Smiths, Oasis, Simply Red, New Order, Joy Division, Happy Mondays, The Fall and others.

The books contain fan memorabilia and are compiled by music historian Richard Houghton, who is the author of more than a dozen rock volumes, from the Beatles to Shaun Ryder of the Happy Mondays. Other titles are in preparation to follow “Thin Lizzy – A People’s History”, which will be published by Spenwood on July 8th.

Houghton says the new book tells the story of the Irish rock legends in the words of more than 400 fans, collecting never-before-seen eyewitness accounts of the band in action from their Dublin roots to their breakup in 1983.

He said: “Thin Lizzy’s story is one of the myths, legends, romance, rock riffs and some of the greatest music to hit the airwaves of the 70s and 80s. More than anything, the band famed for hits ‘Whiskey in the Jar’, ‘Jailbreak’, ‘The Boys are Back in Town’ and ‘Waiting for an Alibi’ are known for their exhilarating live performances – twin guitars, explosive drums, snow carbon dioxide, police sirens and flash bombs, all orchestrated by their iconic singer and bassist, Phil Lynott.

“Lizzy were the first Irish rock band to achieve international fame and Phil Lynott one of rock’s most famous and fondly remembered musicians.”

“Thin Lizzy – A People’s History” takes the reader on a journey through their careers, from Lynott’s childhood in Dublin to Lizzy’s early success, the transatlantic breakthrough with the album “Jailbreak” and the pursuit of fame in America, and up to the bickering, walkouts and breakup.

As an example of Spenwood’s approach, Houghton explained, “I’ve talked to people who saw Lizzy at the very start of their careers until the very end. Lizzy’s rapport with her audience shines through the book, with tales of locker room encounters with Phil, Brian Downey and Scott Gorham, who were determined to stay connected to their fan base even at the height of fame. It’s Lizzy, live and dangerous on stage and up close and personal from the fan’s perspective.