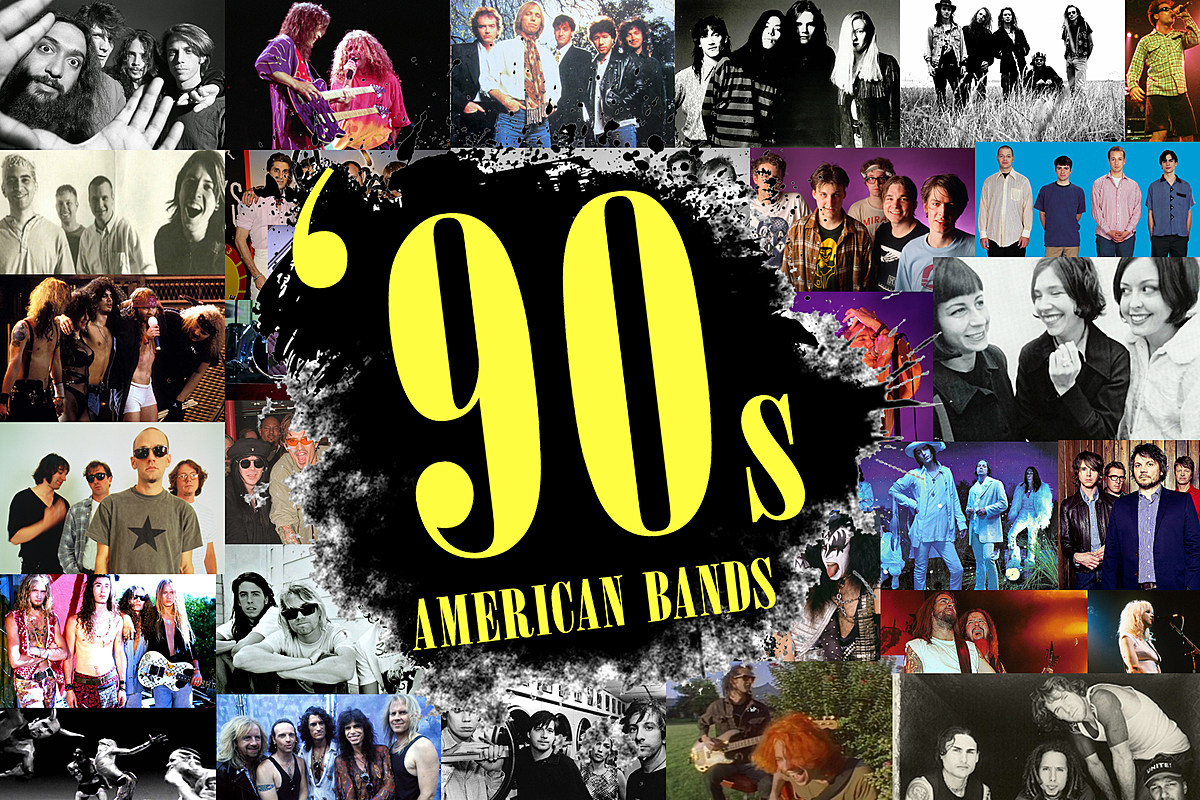 The list below of the 30 best American classic rock bands of the 90s reflects a decade of transition and evolution in music. Many of the bands in attendance are leftovers – bands that reached business heights in the 1980s and continued to ride that wave of success over the next decade. Yet many more are newcomers, bands that formed in the 90s and quickly hit the national stage.

After the hair-metal spandex extravagance of the previous decade, the 90s ushered in a new brand of rock: grunge. Merging elements of punk and metal with a counter-culture perspective, the genre has brought a wave of new bands to the forefront of music, including Nirvana, Pearl Jam, Soundgarden, and Alice in Chains. Grunge made Seattle the home of national rock and influenced all avenues of pop culture.

However, grunge was not the only sound of the time. Many other subgenres emerged in the 90s, including industrial, pop-punk, and nu-metal. Technological achievements have brought music into the digital age, with computers becoming an instrument in their own right. Meanwhile, hip-hop’s rise to mainstream audiences had a ripple effect throughout music, with many rock bands merging elements of rap into their own distinctive style.

Our list focuses on US bands only, so artists from the Britpop invasion – such as Radiohead, Oasis, and Blur – will not be included. Solo artists were also excluded, leaving groups like Bruce Springsteen and Beck out in the cold. Even with those rules in place, narrowing it down to just 30 bands turned out to be quite a daunting task, as you’ll see in the list of the 30 best American classic rock bands of the 90s below.

2020-09-04
Previous Post: 10 Classic Rock Bands Who Released 5 Great Albums In A Row
Next Post: The Rolling Stones, Springsteen … The Killers: what is classic rock? | Pop and rock