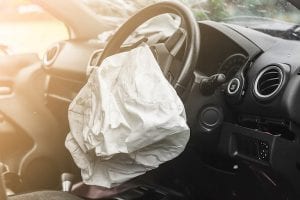 
NEW HAVEN, Ind. (ADAMS) – Two people have been killed in a crash between a tractor-trailer and an SUV on US-24 near Interstate 469 in Allen County.

Deputies say the semi hit the SUV from behind as traffic was slowed for construction just before 2.30am Thursday afternoon.

Two people in the SUV died at the scene and a third person in the vehicle is hospitalized in critical condition. The semiconductor was not injured.

Thursday, November 17e 2022 at approximately 2:24 p.m. Allen County police officers responded to a two-vehicle accident involving a gray Kia and a tractor-trailer on US 24 east of I-469.

Upon arrival of officers, it was determined that the eastbound Kia-SUV had been slowed in traffic as it approached road construction on US 24 when it was struck by the rear by a tractor-trailer which was also heading east. Two occupants of the Kia died at the scene and the 3rd occupant was taken to a local hospital in critical condition. The driver of the Semi was not injured.