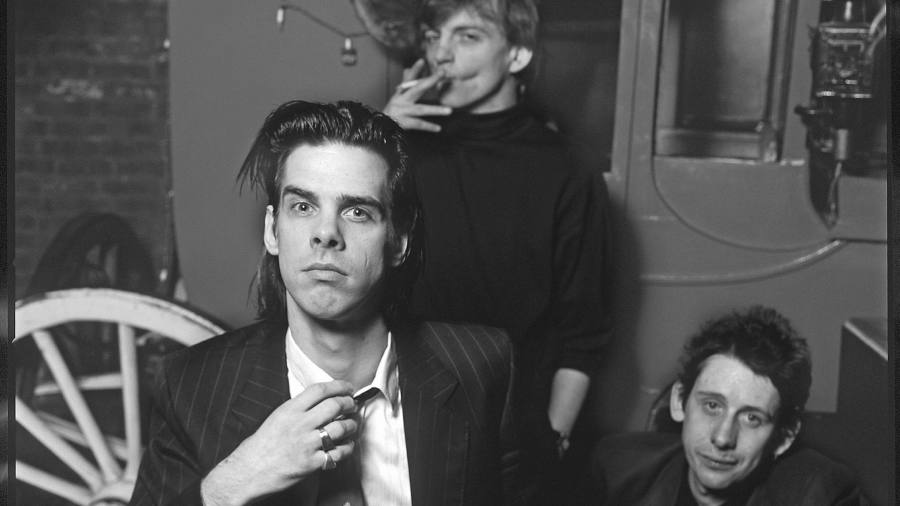 In January 1989, the New Musical Express brought together three renowned songwriters at the Montague Arms pub in Peckham, south-east London. The magazine touted it as a “pop summit” between Nick Cave’s “unholy trinity”, Mark E Smith of The Fall and Shane MacGowan of The Pogues, who called the group “three intellectual loons.”

At this point, all three were revered figureheads in alternative music, somewhere near the peak of their powers, despite their many and varied vices. MacGowan had created an unlikely successful group by fusing Irish folk traditions with punk attitude and romantic, bruised lyricism – but these are the other two whose influence will be deeper.

With his band The Birthday Party in the early 1980s, then as frontman of Nick Cave and the Bad Seeds, Cave had built a grotesquely distorted and heroic Southern Gothic, against a backdrop of mutated and mutilated blues, jazz and old. rock ‘n’ roll. Smith had, for a decade, driven The Fall into a world of their own, twisted Mancunian rockabilly and obtuse, scathing lyricism. The two bands might have been post-punk theoretically, but there was more to them.

The writers of the NME got right to the point with their opening question: “You have to be aware that, consciously or not, you have each created a particular mythology that arose, in part, from your songs. ”

The music that really lasts and whose creators continue to fascinate, comes from musicians who create their own universes.

Smith did not respond to this, but the other two dismissed the sighting. “No one created my mythology, I certainly didn’t,” MacGowan replied. To which Cave added: “No, you [the press] created it. Why the hell are you talking about mythologies? This tends to suggest that it is somehow unreal.

But the journalists were right. All three created mythologies, and you could argue that those mythologies consumed Smith and MacGowan – because their vices were as much a part of their mythologies as their songwriting. Cave, meanwhile, escaped his own, shaking off his heroin addiction and finding a less melodramatic and more emotional songwriting style. Now in his sixties, Cave performs in arenas, while MacGowan is a living ghost, no longer capable of making music, and Smith died in 2018 after years of increasingly erratic and less and less rewarding live recordings and performances.

You don’t hear their influence on the charts, but it is constantly lurking beneath the surface of alternative music, bubbling up every now and then. Black Country, New Road, this year’s most acclaimed British underground group, owes an explicit debt to The Fall; without Cave, there probably would not have been Jack White, himself a profound shaper of alternative music. Even the Pogues, such a group sui generis that you’d think no one could copy, spawned their own obscure genre – Irish-American folk punk, populated by incredibly popular people like Dropkick Murphys and Flogging Molly (it could also be that Bruce Springsteen is persuading the E Street Band into Irish folk in the second half of his career is at The Pogues).

Over the past several months, observers have delved into the mythology of MacGowan, Cave and Smith. Julien Temple’s deeply depressing documentary Crock of Gold: a few tricks with Shane MacGowan (available on BBC iPlayer) was heavy on MacGowan’s auto-mythology – how he would have joined the IRA, how he viewed his job as keeping Irish music alive. The film lingered at length on his childhood in rural Ireland and the transformative effect of being in 1970s London for the punk explosion – but it never reached the heart of the MacGowan mystery. : how he created a world in which past and present and different nations bled together in songs such as “The Sick Bed of Cuchulainn”, which existed in a universe created entirely by MacGowan.

Larger space available in book form allows for a little more exploration of Cave and Smith in Mark Mordue Boy on Fire: Young Nick Cave, and in To dig! The wonderful and spooky world of autumn, a collection of essays edited by Tessa Norton and Bob Stanley. The first takes 370 pages to guide the reader through Cave’s life until his teenage group The Boys Next Door leaves Melbourne to come to England and become The Birthday Party. The latter explores the world created by Smith and his building blocks, with more or less frankness.

Perhaps it is telling that Smith did not answer this question from NME about mythologies, because all the point of To dig! is to demonstrate that there is was a mythology in his writing – one that he nurtured even when his grounding in reality was fragile. Witness Smith’s repeated claim that The Fall was forged on the northern labor club circuit, noted a no-frills home for the toughest audience in the business. This unusual connection to the clubs was a crucial part of Smith’s self-definition as a working class, as opposed to the gentle and forgiving southern England. It also earned The Fall – a band as abrasive and difficult as English music has ever produced – a distinct fan base, with Wakefield miners joining art school students in mumbling the dense and jarring lyrics. by Smith.

Yet, as Paul Wilson points out in a terrific essay, concert recordings suggest that Smith’s rugged rhetoric exaggerated the real role of workers’ clubs in his group’s “strengthening and learning phase.” There is also the fact that The Fall was far from the only one to be an unlikely regular on this circuit. The emerging new wave of British heavy metal bands were also playing in men’s clubs and some of them were even more unlikely tricks – staunch occult devotees of Derby Witchfynde played three sets a night, so that club managers can get two rounds of bingo between their performances.

To dig! is at its strongest at its most concrete, when Smith’s imagination is tied to something earthly. Elain Harwood’s essay “Jerusalem to Prestwich” places Smith’s writing (and its record covers) in his hometown near Manchester, and traces his presence – which once housed Europe’s largest mental asylum – in his job. Bob Stanley explores the notion of amateurism in The Fall (Smith was an inveterate wrecker of musicians, especially those who thought they knew too much) and links it to non-league football.

In contrast, the essays by Mark Sinker and the late Mark Fisher, which explore Smith’s obsession with English mystical and medieval writers such as Arthur Machen, MR James, and HP Lovecraft, are very successful. Thankfully, an old interview, reprinted here, is a reminder that Smith himself was inclined to cut down on overly serious attempts to corner him. Confronted with an interviewer’s exaggerated observation of the Canary Islands as a historic refuge for fugitives and suicide site, Smith says, “Just having a vacation was awesome. I haven’t taken a vacation for about two years.

Mordue’s book – written with the cooperation of Cave – is exhaustive and at times exhausting. No detail about his subject is too trivial to include (he earned his Cub Scouts tea-making badge even though he served cold tea). But through the detail, the foundations of the disjointed world that Cave has built emerge. Of note, much of it wasn’t imagined, or American: Cave often drew on his childhood and early teens in rural Australia, even though the listener heard them as elsewhere.

“In my memory, Wangratta is a magical place, where only good things have happened,” Cave à Mordue said. “The swinging rope, the willows, the railroad bridge, the pylons, the half-submerged tree roots sticking out of the muddy water – all of it – it’s there in ‘Bluebird’, ‘Carry Me ‘,’ Sad Waters’, ‘Your funeral, my trial’, ‘Where the wild roses grow’. . . if a song contains a river, it’s that place in Wangratta just under the railroad tracks we used to go to when we were kids.

There’s more, of course – a lot more – before Cave gets serious about music in the last 100 or so pages (which are the most vivid and compelling). There’s the troubled relationship with a father who died when Cave was still a teenager, there’s painters and novelists who shaped his aesthetic, there’s the manager who introduced Cave to American artists who shaped his early musical outlook. . And there are the English bands – including The Fall – that Cave wanted to match.

In To dig!, Mark Fisher notes the parallels between The Fall and The Birthday Party: at the expense of raw physical impact.

Both books share one weakness: forgiveness of their subjects. Bitten will bring charges against Cave – that his work reflects a deeper misogyny, that he exploits people rather than collaborating with them – only so that a single witness rejects them with a single sentence, then never returns. The issue of Smith’s emotional violence towards those around him (and physical and sexual violence against women, as mentioned in his ex-wife Brix Smith-Start’s memoir) is not addressed. The fact that he spent his last years as a caricature of himself is brushed aside.

But both also have their strengths. They come back to the importance of this NME question on the creation of mythologies. Rock music that is everyday, made by people who might be like you and me, can be enjoyed. These people can write great melodies and memorable lyrics.

Yet the music that really lasts, and the creators of which continue to fascinate, comes from those musicians who create their own worlds and exist in them, for rock music – despite what some type of boredom insists on – is not. never all about the music. These worlds don’t have to be dark places – think Springsteen and his ode to the joy of a lifetime – but they have to have internal consistency, and they have to be worlds that we couldn’t build on our own. 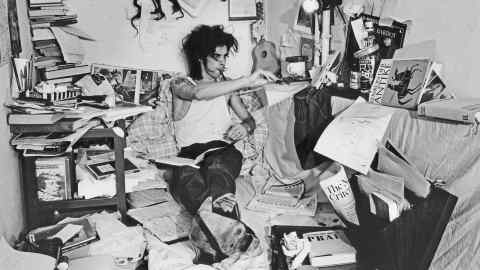 Mordue’s thoroughness lights up the world of Cave, although you have to be obsessive enough to want to know so much about Cave, and I’m not that obsessive. Norton and Stanley’s book, although it contains less information, is more informative. It reads like the sounds of a fall album: sometimes confusing, sometimes unwieldy, but constantly pungent and stimulating for the reader. Both, however, did the job that a good music book should do: they sent me back to the records, to listen to them again.

To dig! The wonderful and spooky world of autumn, edited by Tessa Norton and Bob Stanley, Faber & Faber, RRP £ 25, 360 pages