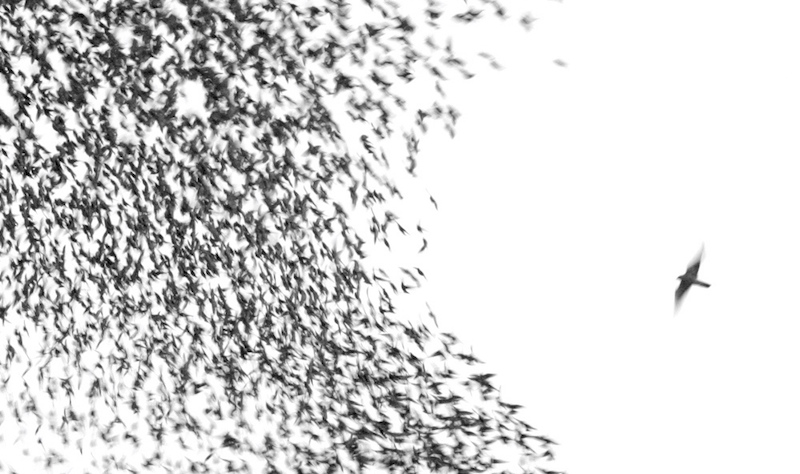 Wilco’s sky blue sky started with the sweet guitar of “Either Way” – and a movie started playing in my mind. The black screen, titles, and then Jeff Tweedy’s soft, squeaky voice crackled “Maybe the sun will shine today,” just as a scene from the open road was revealed.

That’s what Wilco sky blue sky was for me – road music, an escape, a means of transportation away from the everyday nothingness that often drives us crazy. And, more than any other piece of music, escapism is exactly what I did with this album after it was released on May 15, 2007.

Wilco may have taken a calm and soothing turn here, but there was so much more going on. The music is subtle, revealing layers of complex, thoughtful, and sometimes downright weird stuff going on beneath the top layer of lovable, easy-going melodies.

Listen closely and it’s impossible to ignore the contributions of jazz guitarist Nels Cline, or the unusual drumming that Glenn Kotche lays behind the band. These elements have taken Wilco sky blue sky from simply being a good album to something that needs to be listened to over and over again. It was an instant modern classic rock album – a rarity these days.

Tom Johnson has contributed to Blogcritics and maintained a series of standalone sites including Known Johnson, Everything is a Mess and others. He studied both creative writing and studio art at Arizona State. Contact something else! to [email protected]